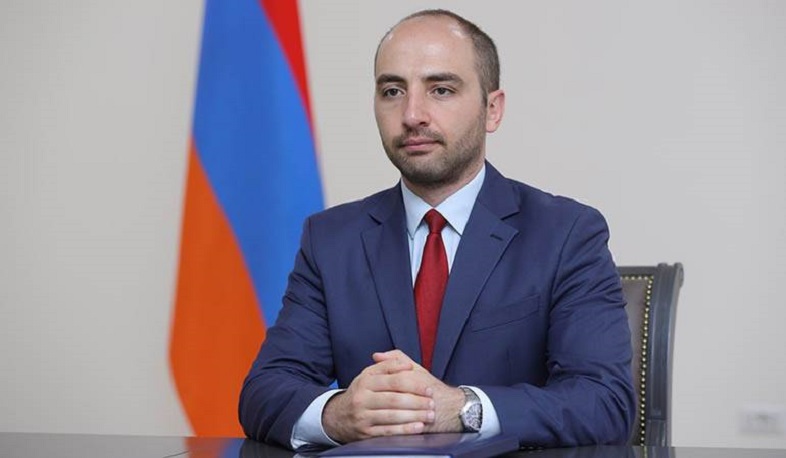 With the statement signed on November 26 in Sochi, Armenia, Russia and Azerbaijan reaffirm their commitment to the consistent and unconditional implementation of all the provisions of the 2020 November 9 trilateral statement, Armenian Foreign Ministry spokesperson Vahan Hunanyan said in response to the questions of media outlets relating to the Sochi trilateral statement.

“This relates also to the commitments which have not been implemented by Azerbaijan till now, including point 8th of the November 9 statement relating to the return of prisoners of war, hostages and other persons held.

The November 26th Sochi statement once again reaffirms the point of January 11 statement on unblocking all transportation routes and economic communications in the region and again denies the propaganda theses about the ‘corridor’ or corridor logic,” the Foreign Ministry’s Spokesperson said.

He emphasized that according to the Sochi statement, the sides reached an agreement to take actions to raise the level of stability and security on the Armenian-Azerbaijani border, and the priority and key step on this direction must be the implementation of actions aimed at reducing tension.

“We are also convinced that the complete implementation of the provisions of the trilateral statement will contribute to the peaceful settlement of the Nagorno-Karabakh conflict under the mandate of the OSCE Minsk Group Co-Chairmanship,” Vahan Hunanyan said.