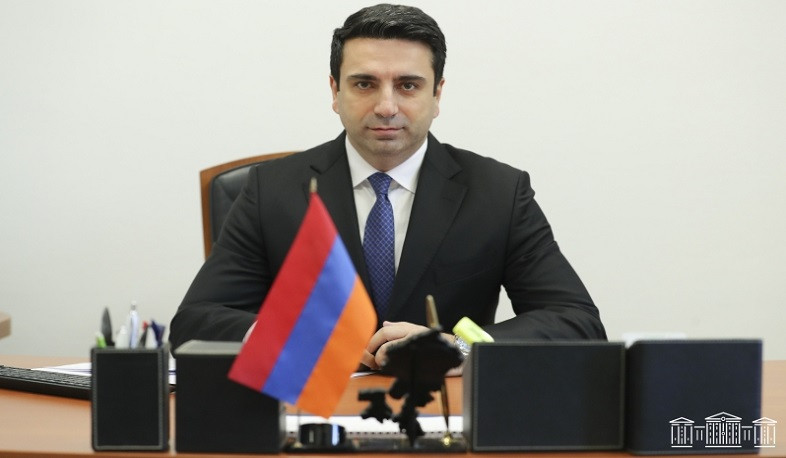 On November 29, in Moscow the 14th CSTO PA Council and the PA joint plenary session was held via videoconference.

The item on the Election of the Chairman of the Parliamentary Assembly of the Collective Security Treaty Organization (CSTO PA) was on the agenda of the session.

The Head of Parliament of the state chairing in the CSTO, the President of the National Assembly of the Republic of Armenia Alen Simonyan, presiding over the session, nominated the Speaker of the State Duma of the RF Federal Assembly Vyacheslav Volodin as a candidate for the CSTO PA Chairman. The RA NA President reminded the participants of the session that, according to the temporary Rules of Procedure on the CSTO Parliamentary Assembly, the Parliamentary Assembly elects the Chairman from the Council members at the plenary session for three years.

After nominating the candidate, Alen Simonyan put for voting the election of the Chairman. As a result, Vyacheslav Volodin was reelected Chairman of the CSTO Parliamentary Assembly. The RA NA President congratulated his colleague, wishing him success in his further work.

The RA NA President also delivered an extensive speech. He touched upon the international and national security problems of the contemporary world, as well as the expanding new challenges and the scales of threats.

According to Alen Simonyan, the CSTO is a key platform for ensuring security to guarantee the security, sovereignty and territorial integrity of the member states of the organization.

Touching upon the assuming of the CSTO chairmanship by Armenia on September 2021, he has stressed that the priorities of Armenia’s chairmanship are centralized on the expansion of the Organization’s potential for the benefit of the development of ensuring the collective security. Alen Simonyan has underlined that the 30th anniversary of signing of the fundamental document of the Collective Security Treaty and the 20th anniversary of the creation of the CSTO are marked. The RA NA President proposed the participants to expand also the practice of making joint statements, refreshing the mechanisms of crisis situations response. Speaking about priorities, Alen Simonyan singled out the necessity of the military cooperation development between the CSTO states. In his speech the NA President referred to the rise of efficiency in fight against terrorism and extremism, ensuring the information security and a number of other issues. Alen Simonyan emphasized the undertaking of the steps in the further institutionalization of the CSTO parliamentary plane.

The model draft laws on Peacekeeping Activity and Peacekeeping Forces and on Information Security revised in complying and harmonizing with the National legislations of the CSTO member states, as well as a series of other draft laws of the model legislative acts were also on the agenda of the CSTO PA Council session.