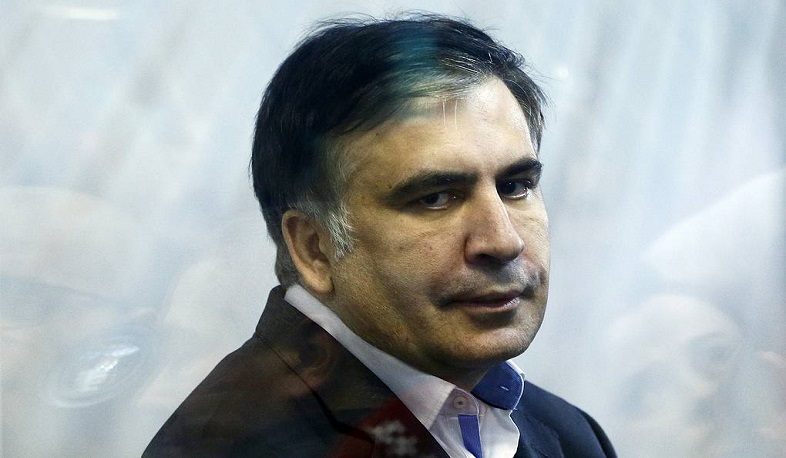 In prison note, Georgian ex-President says U.S. must step in

Imprisoned and on hunger strike, Georgia’s former President Mikheil Saakashvili called on the U.S. for help as he warned the former Soviet republic was turning away from the pro-Western path he set it on 18 years ago.

Saakashvili sent scrawled, handwritten responses to questions through his lawyers Wednesday, and is 49 days into a hunger strike in which he drinks but does not eat. A doctor told reporters outside the hospital Thursday the 53-year-old temporarily lost consciousness during the day but was now stable.

In his notes, the former president said he had been beaten and dragged across asphalt to orchestrated taunting by inmates while in prison. The government refused to move him to a civilian hospital, give him a phone or even let him attend his own trial, Saakashvili wrote.

He said he returned ahead of local elections in October because a combination of “Russian games” and government statements had convinced him the nation of 4 million was abandoning its goal of joining the European Union and NATO.

“If the U.S. doesn’t come to my defense it would be a terrible signal to all pro-Western leaders and populations” in the region, wrote Saakashvili. He was arrested on Oct. 1 for crossing the border illegally and jailed to serve a previous in-absentia conviction for abuse of office.