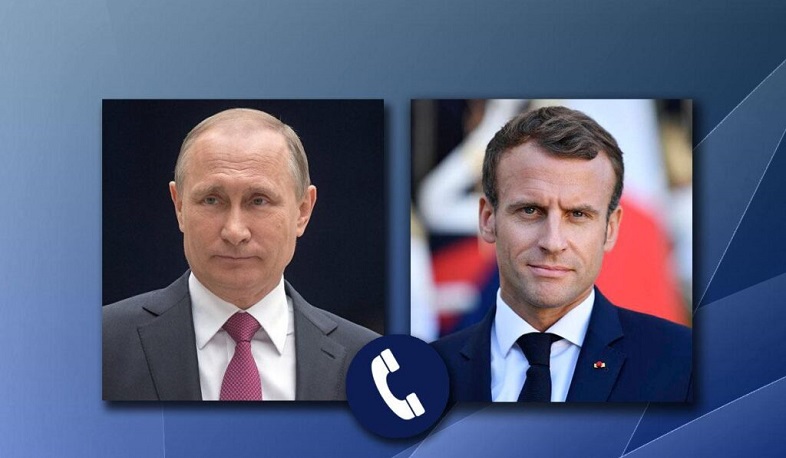 Russian President Vladimir Putin has reassured his French counterpart, Emmanuel Macron, that Russia will continue to take efforts to stabilize the situation in Nagorno-Karabakh, the Kremlin press service said on Monday after their telephone conversation, TASS reports.

“The presidents discussed the situation in the Nagorno-Karabakh settlement process. Vladimir Putin noted that Russia will continue to take steps to promote stabilization of the situation and the implementation of the trilateral agreements reached with Russia’s mediation,” it said.

During a phone conversation the Russian and French Presidents discussed a number of issues on the bilateral and international agenda, including countering the spread of Covid-19. Macron and Putin also spoke in favor of de-escalation of migrant crisis, and noted the worsening of situation around Donbass.