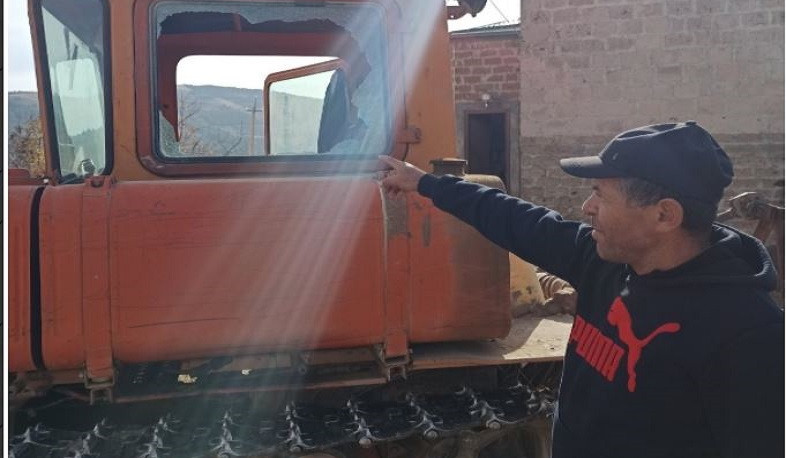 A criminal case is opened at the general prosecution over the attempted murder of an Armenian farmer by Azerbaijani troops.

The incident took place on November 9, at 14:50 local time, when a farmer of the Khachik village of Vayots Dzor province was shot at by Azerbaijani forces. The farmer, who was carrying out agricultural works with his tractor, survived the shooting. The window of the vehicle was damaged.

The Azerbaijani servicemen were fueled by ethnic hatred and attempted to murder the villager, the prosecution said.

In accordance to an agreement between the Armenian, Russian and Azerbaijani prosecutors-general regarding exchange of information on criminal acts at the line of contact, the Russian authorities have been notified on the shooting.

The Russian authorities were also notified on the November 8 shooting near Shushi, where Azerbaijani military servicemen killed 1 Armenian civilian and wounded three others.