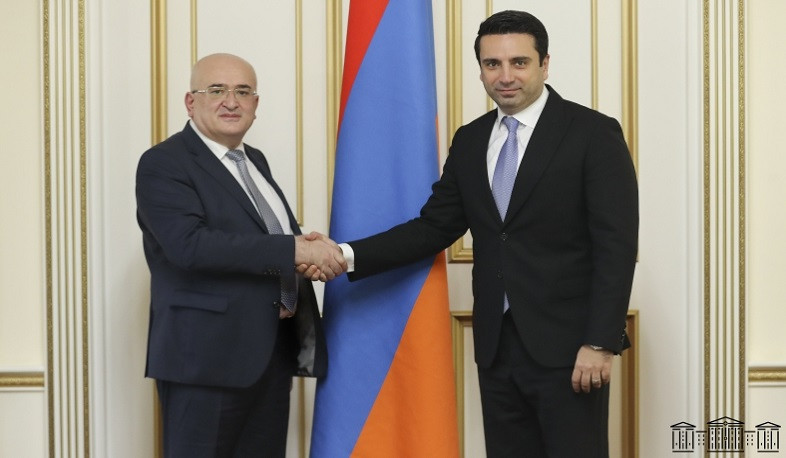 At the meeting, the high level of the Armenian-Georgian multilateral relations and cooperation were recorded. There was a discussion on the partner relations existing in different areas and their expansion between the authorities of the two countries. In this context, the RA NA President mentioned that the inter-parliamentary relations with Georgia are very important in terms of having joint working agendas with the friendly country.

Thanking the NA President for reception, the CC President of Georgia highlighted his visit to Armenia, stressing that the exemplary cooperation between the legislative bodies of the two countries is an important indicator for the Constitutional Courts. According to him, the MPs take part in the CC sittings of Georgia, which greatly improves the law-making practice.