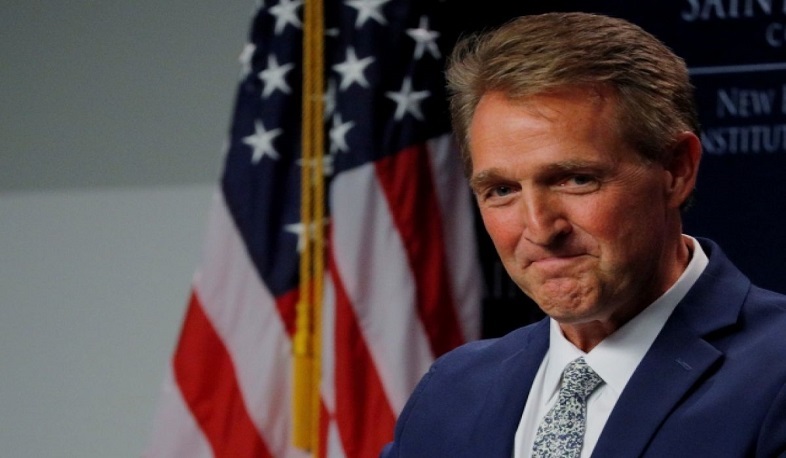 Senate approved Jeff Flake as US Ambassador to Turkey

US senators have approved the appointment of their former counterpart Jeff Flake as US ambassador to Turkey, RIA Novosti reported, citing the press service of the House of Representatives.

The nomination came after a diplomatic scandal erupted over President Erdogan's decision to expel ten foreign ambassadors from Turkey, including the US ambassador.

Flake, a supporter of US President Joe Biden, represented his home state of Arizona first in the lower house of Congress and then in the Senate from 2001-2019.

Earlier, Erdogan threatened to declare ‘persona non grata’ ten ambassadors who supported the arrested human rights activist Osman Kavala. The Turkish President relinquished his intention when the embassies assured the Turkish authorities of their commitment not to interfere in the internal affairs of the host country.

During a question-and-answer session in the Senate Foreign Relations Committee, Flake said he would support President Biden's position on recognizing the Armenian Genocide and work for recognition. Flake also confirmed that he intends to take part in the April 24 Armenian Genocide Remembrance Day events.