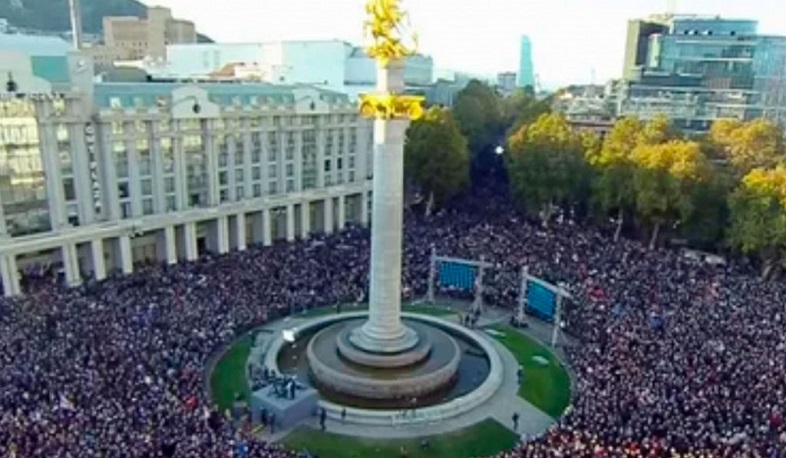 Georgians rally for ruling party ahead of local polls

Tens of thousands of Georgians rallied on Wednesday in support of the ruling party ahead of local elections as the main opposition leader Mikheil Saakashvili held a hunger strike in jail, France 24 reports.

Second round election runoffs on Saturday will see mayoral candidates from the ruling Georgian Dream party and the opposition United National Movement (UNM) compete for mayoral posts in major cities.

On Wednesday evening, around 60,000 people attended a campaign rally of the ruling Georgian Dream party in Tbilisi's Freedom square.

Many were bussed in from across the country.

The independent Pirveli TV station said on Wednesday that state employees had been forced to attend the Tbilisi demonstration under threat of being fired.

Saakashvili's UNM was to hold its own campaign rally in Georgia's western city of Zugdidi later Wednesday.

Saakashvili, Georgia's president from 2004-2013, was arrested and imprisoned on October 1 days after he secretly returned from exile in Ukraine, prompting tens of thousands to rally in Tbilisi, demanding his release.

He has been on hunger strike for nearly four weeks to protest what he calls a politically motivated prosecution.

Doctors have expressed concern over the risk of irreversible damage to his health.