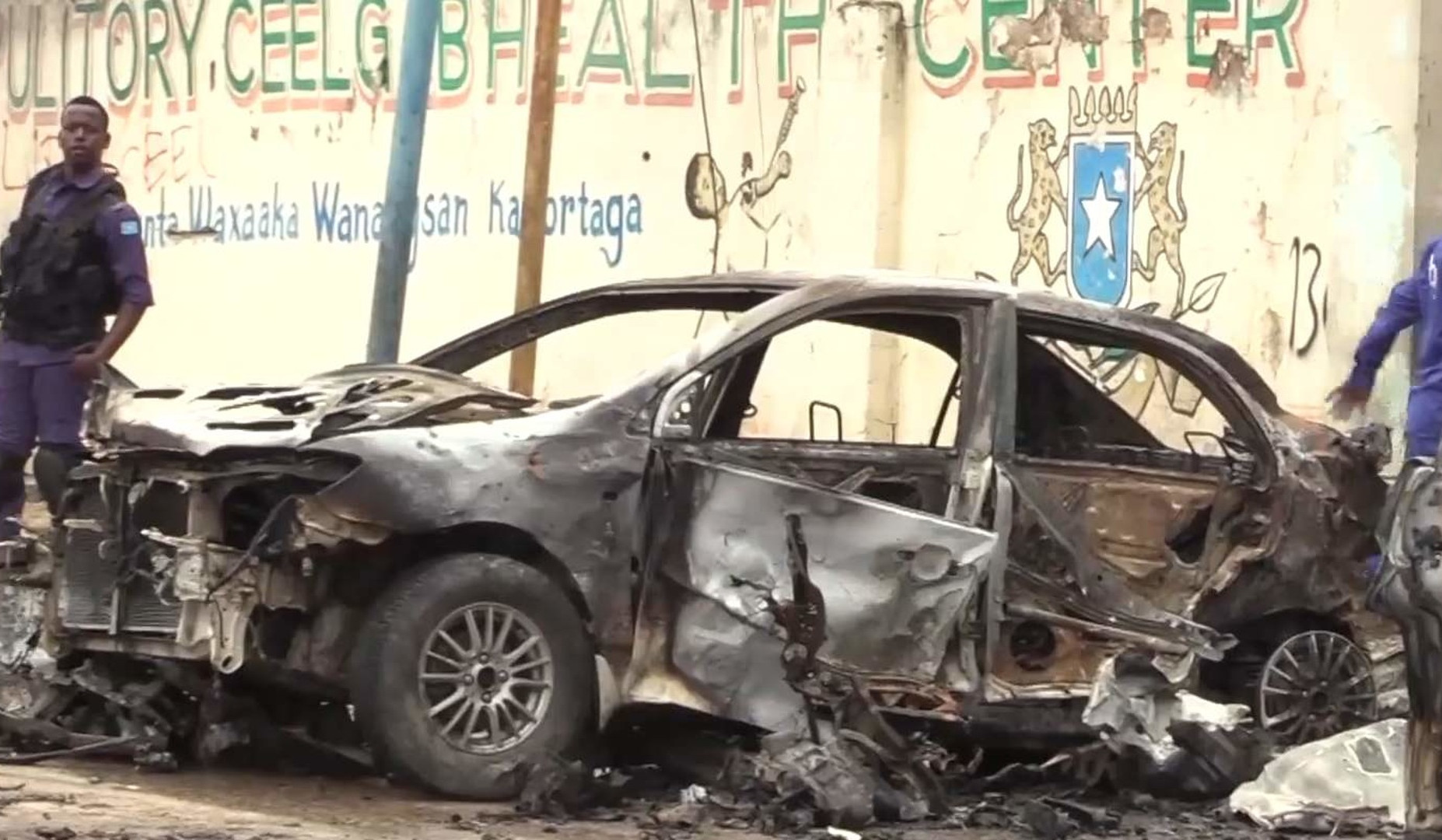 Al Qaeda-linked al Shabaab said it was behind the attack, which targeted a convoy going into the palace.

Police spokesperson Abdifatah Aden Hassan told reporters at the scene of the blast that casualties could be higher, since some of the dead and wounded had been taken away by their relatives.

It was not immediately clear if Abukar was in the convoy or if she just happened to be close by when the blast happened.

Al Shabaab wants to overthrow the government and impose its own strict interpretation of Islamic law. The group frequently carries out such bombings.

A Reuters witness at the scene of the attack reported seeing seven cars and three rickshaws destroyed by the blast, and the whole junction covered in blood.