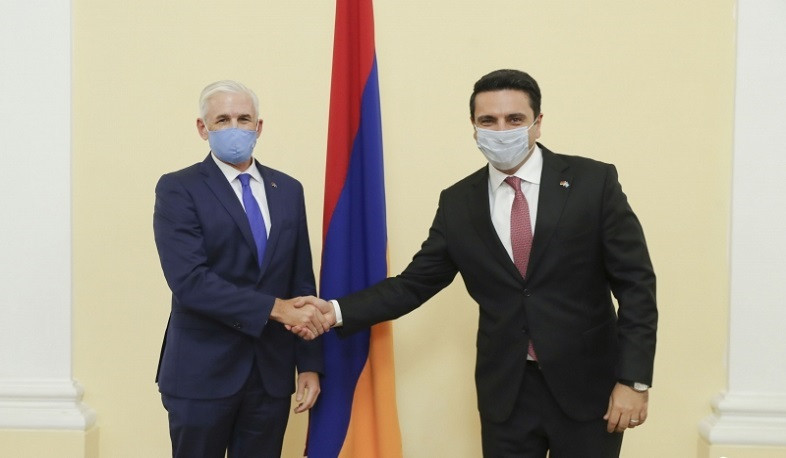 The Presidents of the standing committees, the management staff of the Assembly also participated in the meeting.

Greeting the guests, Alen Simonyan highly appreciated the efficient and multidisciplinary action of the UN office in Armenia. Armenian Vice President valued the perspectives of continuing and developing mutual programs.

Shombi Sharp congratulated on the 30th anniversary of Armenian Republic’s independence, emphasizing the high level of democracy in holding Parliamentary elections for the last 2 years.

The UN Resident Coordinator congratulated the parliamentarians on becoming an award winner of United Nations Interagency Task Force (UNIATF) in 2021. The award refers to the admission of the law by the Parliament on controlling cigarette usage.

Speaking about the mission of the UN in Armenia, Shombi Sharp reaffirmed the readiness of support by his structure in the empowerment of capacities and implemented reforms in the framework of the Parliament.

During the meeting, the sides discussed the processing chronology of the road maps in further cooperation.