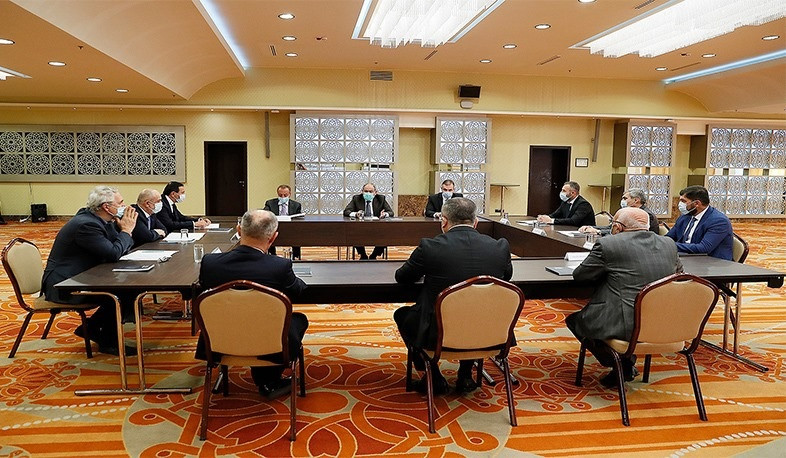 Prime Minister of Armenia Nikol Pashinyan participated in the second meeting of the Advisory Assembly of Cooperation with Extra-Parliamentary Political Forces.

Pashinyan welcomed the politicians and wished successful and effective discussions.

The assembly with the participation of Nikol Pashnyan and leaders of extra-parliamentary political forces will soon hold its next meeting.