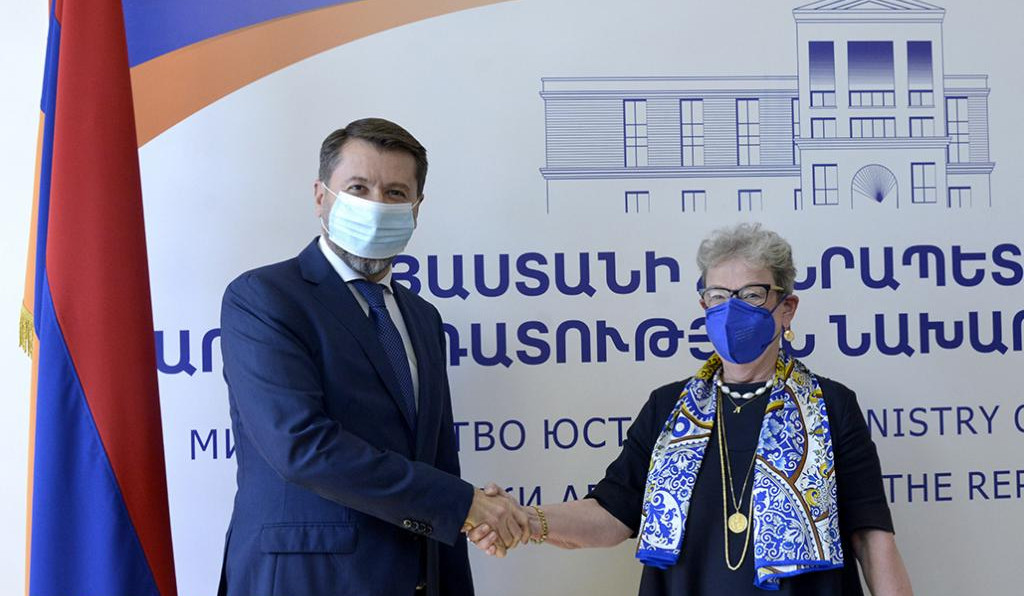 EU will continue to provide extensive support for judicial reform

Armenia made significant progress in the field of justice, thanks to the tangible support of EU as well, Minister of Justice Karen Andreasyan stated this today during the meeting with Head of the European Union Delegation to Armenia, Ambassador Andrea Wiktorin.

The Minister reaffirmed the commitment of the Government of the Republic of Armenia to democratic values, the rule of law and proudly stressed that EU has been a key partner of Armenia in the field of justice reforms for many years.

Ambassador Wiktorin congratulated Karen Andreasyan on his appointment as Minister, highlighted the democratic elections in Armenia in 2021 and expressed readiness to continue EU’s large-scale support for judicial reform.

During the meeting, the parties referred to the formation of the Anti-Corruption Committee and the Commission for the Prevention of Corruption, the process of police reform and the readiness to deepen the good traditions of Armenia-EU cooperation.