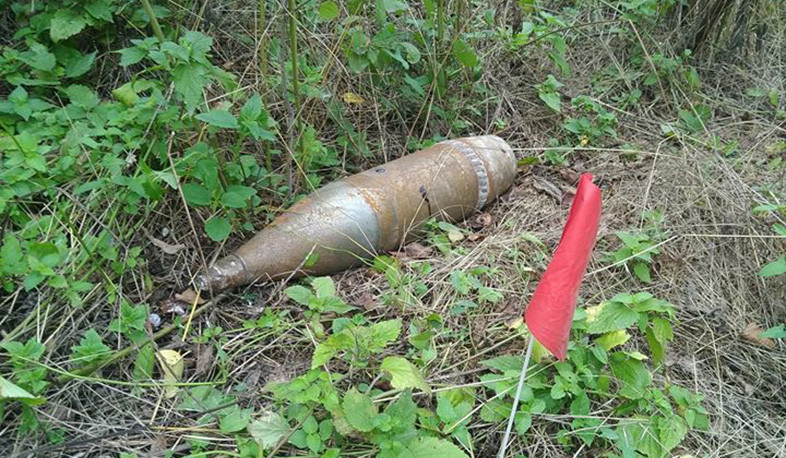 From August 23 to 29, 2021, 1341 calls were registered in the Crisis Management Center of the State Service of Emergency Situations, of which 53 were man-made, 55 were of social-domestic nature, and 39 were emergency calls.

The fire hazard period continues. Taking into account that no temperature drop is expected in the territory of the Republic of Artsakh (Nagorno-Karabakh) in the near future, the Ministry of Internal Affairs continues to take all the necessary measures to avoid possible dangers.

During seven days, 3 calls were registered at the 911 Traffic Accident Alarm Center, 11 citizens were injured. The rescuers, with the help of police officers and doctors, took them to medical facilities. No fatalities were reported due to road accidents.

The sail groups of the State Service of Emergency Situations, together with the sappers of The Halo Trust and Humanitarian Demining Center foundation, carried out engineering exploration works throughout Artsakh during the week. One air bomb, 3 cluster missiles and 2 explosives were found and destroyed.

A total of 45 household calls were registered, 20 of which were related to water supply. The rescuers supplied drinking water to the residents of Andranik, V. Sargsyan, Knunyants, Tumanyan and Martuni districts. Five cases of patient transfer, 7 cases of opening the door and 2 of elevator were registered.

According to the plan of main measures, the rescuers of the State Emergency Service conducted last diving exercises in Sarsang reservoir last week.

The operative groups of the special unit of the rapid response service of the Service carried out 6 exits to carry out search operations in the occupied territories of Artsakh. A total of 1652 bodies have been found and evacuated since the ceasefire.