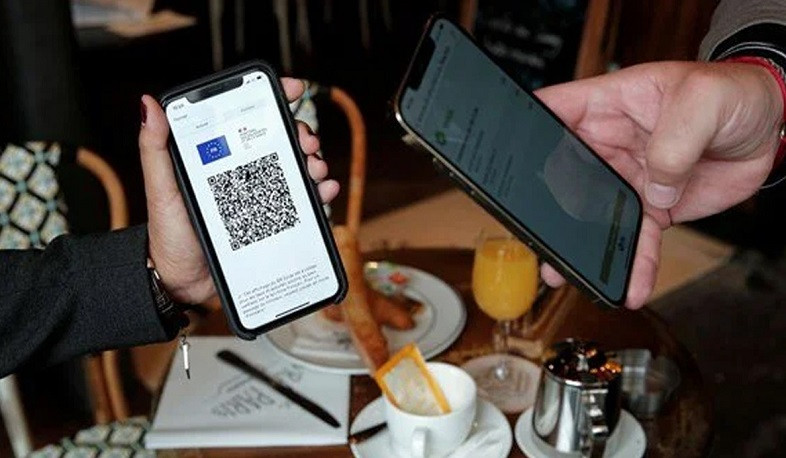 People in France will need to show a health pass to enjoy usually routine activities such as sipping coffee in a café or travelling on an intercity train starting Monday, part of a plan championed by President Emmanuel Macron to reduce Covid-19 infections and encourage vaccination, France 24 reports.
The Government is pressing ahead with the extension of an already-existing health pass to cafes, restaurants and intercity travel on Monday, despite four weekends of angry protests that saw almost a quarter of a million rally nationwide on Saturday.
Macron, who has expressed exasperation with the protests, hopes that the plan will help ramp up vaccinations and quell the fourth wave of coronavirus in France in a strategy similar to that of EU neighbors such as Italy and Germany.
The health pass is generated in a QR code either by a full course of vaccinations, a recent negative virus test or a recovery from Covid-19. The government has allowed for a one-week grace period for consumers and businesses to comply with the new rules.
"The pass and the vaccination drive should help us avoid new curfews and lockdowns," Health Minister Olivier Véran told French daily Le Parisien.
Veran announced slight modifications in the rules – notably that tests could be 72 hours old and not 48, and also that self-tests carried out under medical supervision would be allowed.
But he emphasized there would be no going back on rules which will remain in place until at least November, lamenting the attention paid to those who are "anti-vax, anti-science and anti-state" over those who respected distancing and had been vaccinated.
Macron hopes the plan will further accelerate the vaccination drive in France where over 55 percent are now double-jabbed. Aides have noted that almost seven million new bookings were made for first jabs since the plans were outlined.
Views 39