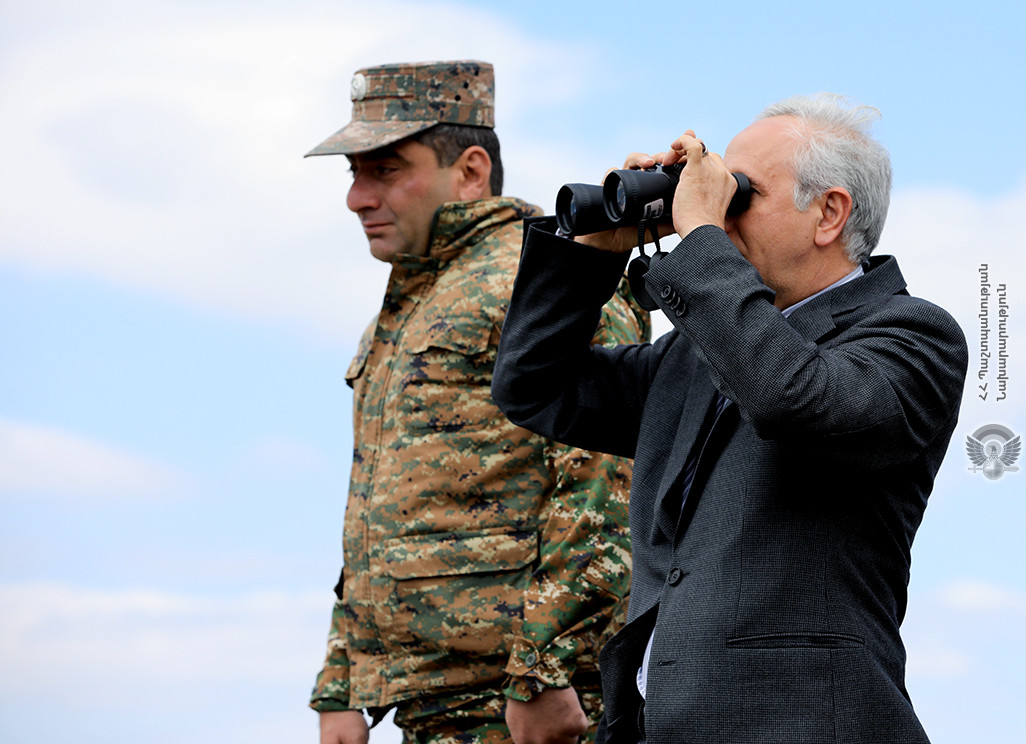 Arayik Harutyunyan, Major General Command of the military unit presented the current situation on Armenia-Azerbaijani border, after which a visit to the boundary section of Verin Shorzha (Upper Shorzha) was organized.

Clarifying the need to respect the internationally recognized borders for all the sides, Ambassador Zohouri noted that providing long lasting peace in South Caucasus is in the interest of the people in the region and expressed Iran’s willingness to support the establishment of long lasting peace.