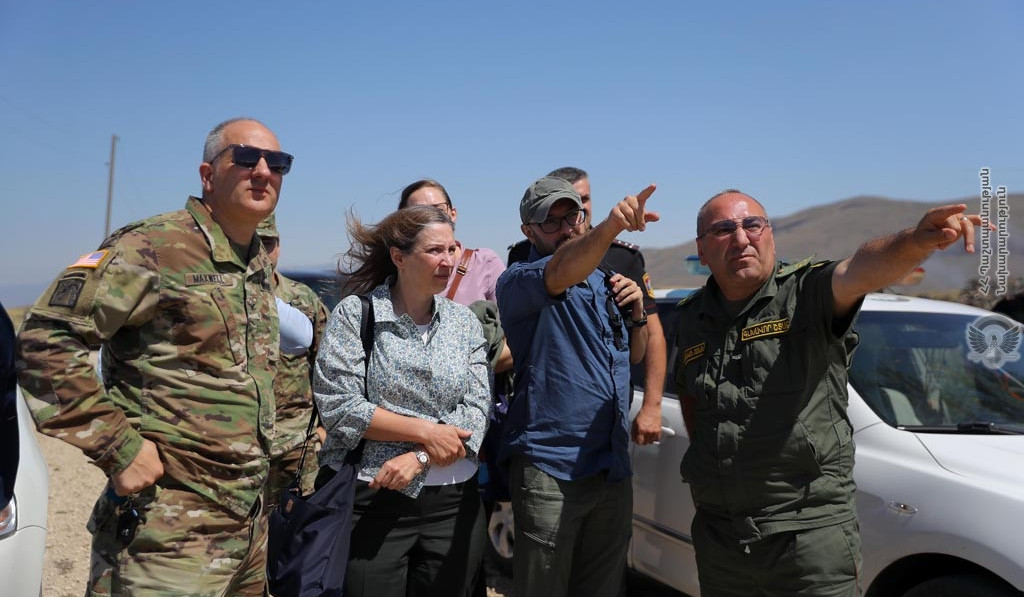 US Ambassador Extraordinary and Plenipotentiary to the Republic of Armenia Lynne Tracy visited Gegharkunik province accompanied by representatives of the Ministry of Defense of Armenia.

The commander of the military unit, Major General Arayik Harutyunyan briefed the Ambassador on the situation on the Armenian-Azerbaijani border, after which she visited the Upper Shorzha (Verin Shorzha) section of the border.

Ambassador Tracy reaffirmed the United States’ concern over incidents along the Armenian-Azerbaijani border, stressing that the United States rejects the use of force in the event of a demarcation.

The Ambassador also stressed that the United States, as a co-chair of the OSCE Minsk Group, remains deeply committed to working with all parties to achieve a lasting political solution to the Nagorno-Karabakh conflict. At the same time, according to Lynne Tracy, the United States urges the parties to return to the Minsk Group co-chairs’ talks as soon as possible.