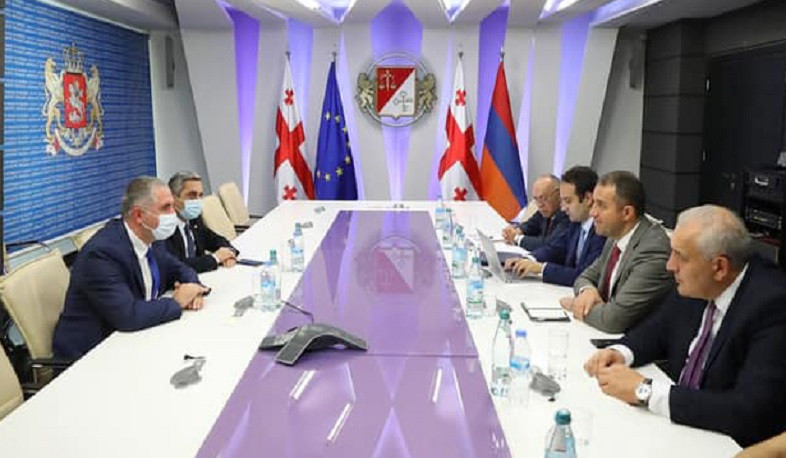 The delegation led by Armenia’s Acting Minister of Economy Vahan Kerobyan paid a working visit to Georgia on July 29-30. The purpose of the visit was to discuss with Georgian partners the possibilities of expanding the Armenian-Georgian bilateral cooperation in the trade and economic sphere.

On the first day of the visit, July 29, the delegation led by Kerobyan met with the Minister of Economy and Sustainable Development of Georgia Natela Turnava.

The current state of Armenia-Georgia economic cooperation and the prospects of regional cooperation were discussed during the meeting.

“Our countries have separate, relatively small markets, but together they can become much more attractive in the region. In this context, we can discuss the possibilities of implementing a number of joint projects in the fields of infrastructure, tourism, railways and energy,” Vahan Kerobyan noted.

The parties spoke about the possibility of launching a high-speed train, which will allow arriving from Yerevan to Tbilisi in 2-3 hours, as a result of which tourism will develop.

The partners touched upon the prospects for the development of wine tourism between the two countries.

At the end of the meeting, Kerobyan invited Georgian businessmen to participate in Armenia’s investment projects.

On July 29, the delegation led by Kerobyan met with the Minister of Finance of Georgia Lasha Khutsishvili.

Issues related to regional cooperation, transit through Georgia were discussed with Georgian partners, as well as opportunities for cooperation in the field of agriculture.