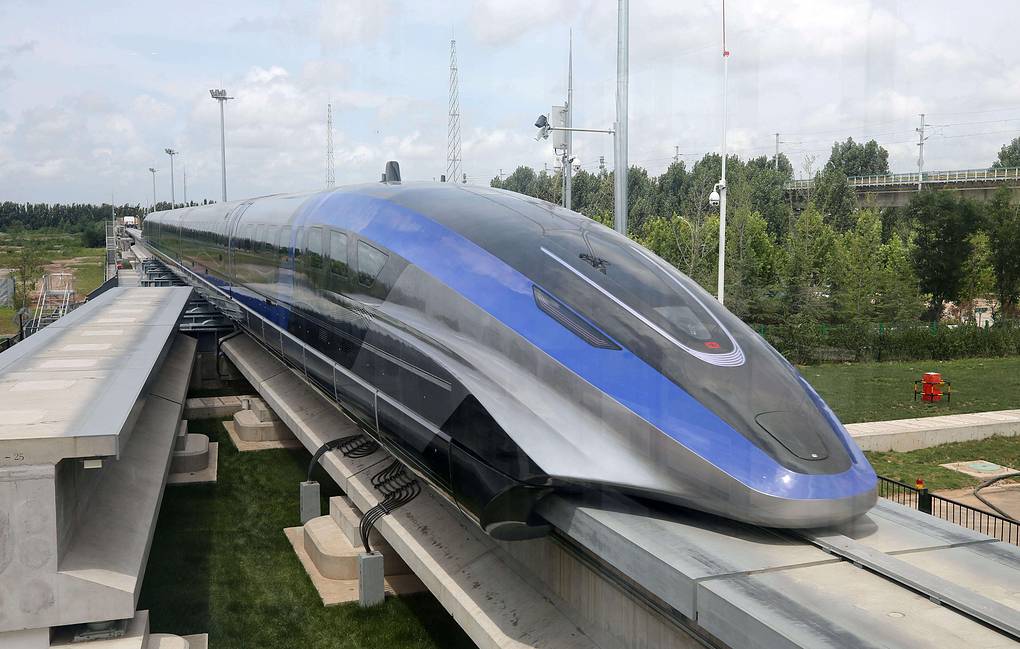 China has created the fastest train in the world

China's new high-speed maglev train with a designed top speed of 600 km per hour rolled off the production line on Tuesday, making it the currently the fastest ground vehicle available globally, Reuters reports.

The new maglev transportation system made its public debut in the coastal city of Qingdao, east China's Shandong Province. It has been self-developed by China, marking the country's latest scientific and technological achievement in the field of rail transit, according to the China Railway Rolling Stock Corporation.

Launched in October 2016, the high-speed maglev train project developed a magnetic-levitation train prototype with a designed top speed of 600 km per hour in 2019, and conducted a successful test run in June 2020.

Using electro-magnetic force, the maglev train "levitates" above the track with no contact between body and rail. Engineers have completed the integration of the maglev transportation system, and a train with five carriages has been running successfully on a test line within the factory.

As a new mode of high-speed traffic, the train is safe, reliable and has low noise pollution, small vibration, large passenger capacity and needs less maintenance.

Another thing to mention is that only the section with a train car above is powered, and the power is off when there is no train on the rail. So, it will not move without electricity, and thus rear-end accidents will never happen.