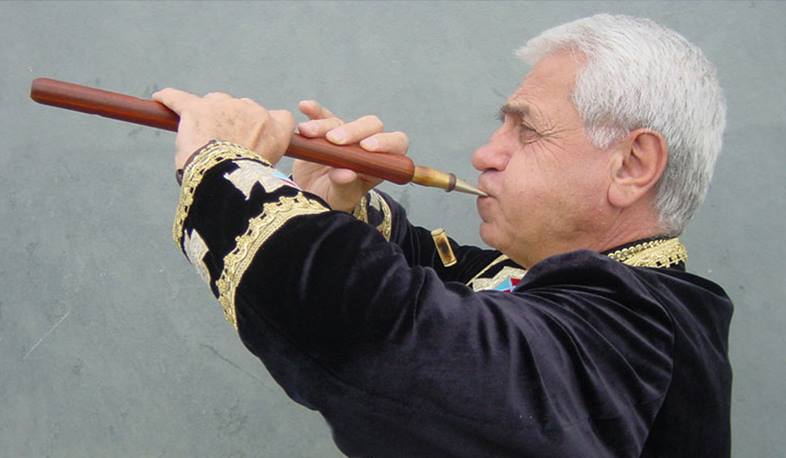 “The world has suffered unimaginable loss tonight. Not only an icon, but a beautiful soul. May he rest in peace,” Jivan Gasparyan Jr. said in a Facebook post.

Born in Solak, Armenia to parents from Mush, Gasparyan started to play duduk when he was six. In 1948, he became a soloist of the Armenian Song and Dance Popular Ensemble and the Yerevan Philharmonic Orchestra.

He has won four medals at UNESCO worldwide competitions (1959, 1962, 1973, and 1980). In 1973, Gasparyan was awarded the honorary title People’s Artist of Armenia. In 2002, he received the WOMEX (World Music Expo) Lifetime Achievement Award. He is an Honorary citizen of Yerevan.

He has toured the world with a small ensemble playing Armenian folk music. His music has been chosen on the soundtrack of several foreign films, including the Gladiator.

He also recorded with the Kronos Quartet and the Los Angeles Philharmonic.

Gasparyan has released more than 20 CDs, has more than 1000 recordings, has played in about 20 thousand concerts.