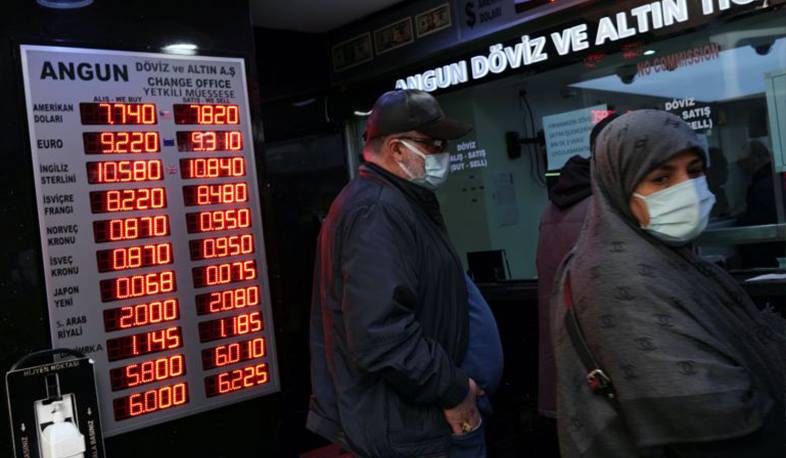 Turkey’s lira settled at its weakest level yet on Thursday, worth 8.7 to the dollar, after strong United States jobs data accelerated a three-month slide in which investors lost faith in authorities’ ability to rein in double-digit inflation, Al Jazeera reports.

The lira, by far emerging markets’ laggard this year, was at 8.705 at 17:19 GMT, a record low closing price. Its one-percent skid gathered speed when the dollar and US yields jumped after stronger-than-expected US payrolls data.

The bank’s current governor, Sahap Kavcioglu, sought on a call on Wednesday to reassure big foreign investors that worries about premature rate cuts were unjustified.

But several of those on the call told Reuters news agency they were unconvinced, especially after Erdogan — seen by many to determine rates — said a day earlier that policy easing should begin in the next two months.

Inflation rose above 17 percent in recent months but unexpectedly dipped to 16.6 percent in May due largely to fallout from a coronavirus lockdown, official data showed on Thursday.

Tourism revenues, usually an offset to chronically high current account deficits, have also been hit hard by the coronavirus pandemic.

The World Bank and other analysts say a big risk for Turkey is a prompt policy tightening by the US Federal Reserve, which would lift the dollar more and pull funds from vulnerable EMs.