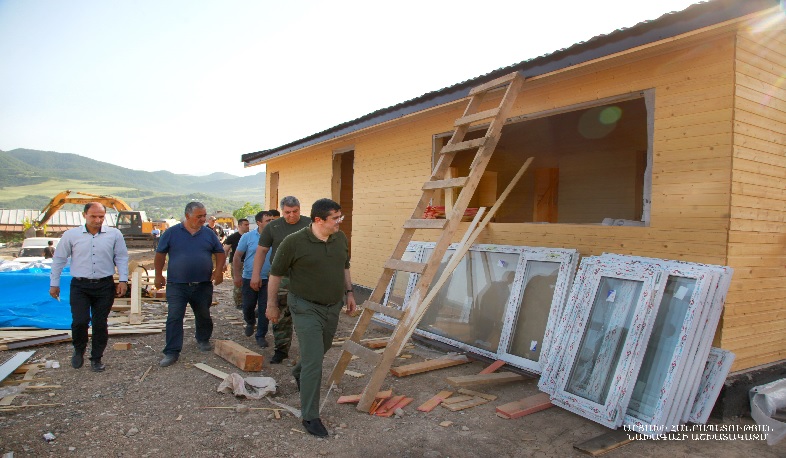 On June 2, Arayik Harutyunyan, President of Artsakh (Nagorno-Karabakh) paid working visits to Shosh and Sarushen villages of the Askeran region, and Karmir Shuka and Taghavard villages of the Martuni region.

In Shosh, Sarushen, and Taghavard, the President met with the local residents, and discussed the security and socioeconomic challenges and problems in the post-war period, and the steps to be taken to overcome them. The head of state noted that in the near future the volume of construction works carried out in the communities will be increased, aimed at the elimination of post-war wars and the restoration of infrastructure.

According to Harutyunyan, the Artsakh Government plans to asphalt the Karmir Shuka-Taghavard highway, as well as to repair the Shosh and Sarushen community roads this year.

Arayik Harutyunyan added that steps will be taken in the near future to ensure the employment of the local residents.

A number of issues related to the harvest were also discussed.

In Karmir Shuka, Arayik Harutyunyan visited the construction site of a new residential district, where he got familiarized with the installation of fast-assembling houses.