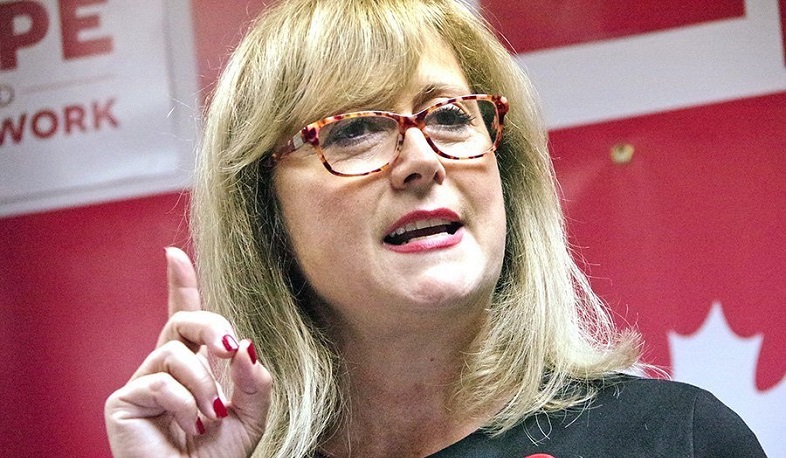 Azerbaijan must respect the sovereign territory of Armenia and immediately withdraw its forces: Canadian MP

The representative of the Canadian legislature, politician Annie Koutrakis has issued a statement regarding the incursion of Azerbaijani troops into the territory of Armenia. She published the announcement on her Twitter and wrote:

“This week Azerbaijanis Armed Forces violated the sovereign territory of the Republic of Armenia, illegally advancing into Armenia’s Syunik province. This is a deeply concerning development in the region and I am disappointed to see that once again, Azerbaijan is escalating tensions with Armenia.

Azerbaijan’s aggressive actions are a troubling reminder of the hostilities that took place in the Nagorno-Karabakh region last summer and fall. The resulting destruction and tragic loss of life remains fresh in our minds and a return to violence must be avoided at all costs.

I continue to urge restraint and respect for the ceasefire negotiated on November 10, 2021. Azerbaijan must respect the sovereign territory of Armenia and withdraw its forces from the region immediately. Canada will continue to monitor the situation and remains committed to negotiations and a peaceful resolution to tensions.

My thoughts are with all Armenians in Vimy and around the world during these challenging times,” the statement reads.