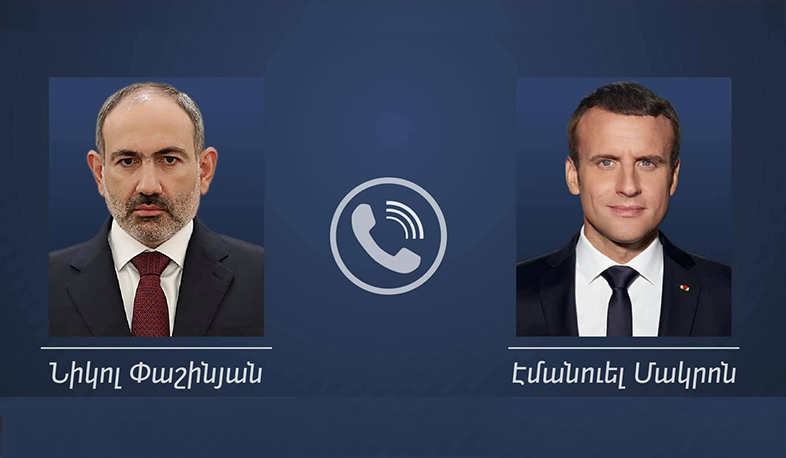 Nikol Pashinyan had a telephone conversation with Emmanuel Macron

Acting Prime Minister of Armenia Nikol Pashinyan had a telephone conversation with French President Emmanuel Macron on the latter's initiative.

The Armenian and French leaders discussed the alarming situation created by the Azerbaijani armed forces invading Armenia's sovereign territory in Syunik province and the steps taken to resolve it.

The French President expressed his support to the Armenian authorities and the Armenian people in the peaceful settlement of the issue. Emmanuel Macron reaffirmed France's commitment to the territorial integrity of the Republic of Armenia, stressed the need for the immediate withdrawal of the Azerbaijani armed forces from the sovereign territory of Armenia.

Nikol Pashinyan thanked the President of France for his constant attention and friendly attitude towards Armenia and the Armenian people.

Emmanuel Macron stressed that France is ready to “contribute to the solution of the challenges facing Armenia, the development and progress of our country.”