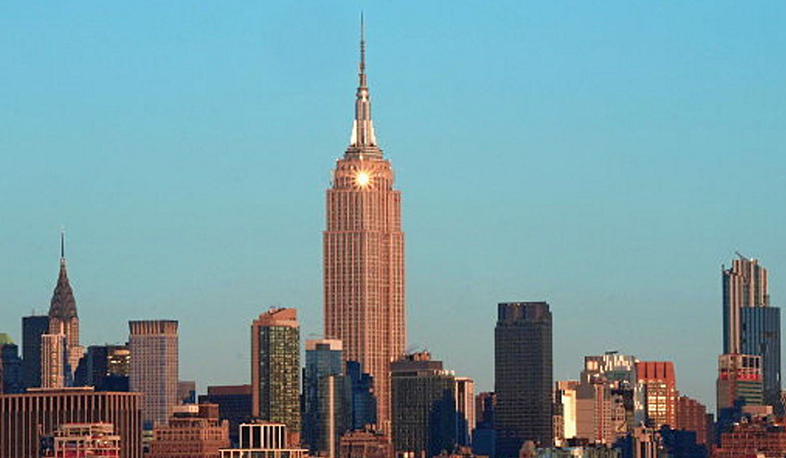 Reuters-New York's Empire State Building celebrates its 90th anniversary on Saturday (May 1).
Although it doesn't dominate the New York skyline quite like it used to, the 1,454 feet tall (443 meter) building is still an imposing structure.
Constructed during the Great Depression in just 1 year and 45 days, the Empire State Building was topped off on May 1, 1931, according to the Empire State Realty Trust.
When it was completed, the 102 story structure was the world's first 100+ floor building.
For almost 40 years, from 1931 until 1970 when the World Trade Center Towers were built downtown, it claimed the title of the world's tallest building.
Today it is just the 7th tallest building in New York, and globally more than 40 buildings reach higher into the sky, but few can match the building interesting and colorful history.
It's a magnet for celebrities and sporting icons, many of whom have posed for the paparazzi on its 86th floor observation deck or flipped the switch in the lobby to light up the building's tower lights.
Before the COVID-19 pandemic, it hosted popular annual events like the Valentines Day Weddings and the Empire State Building Run-up, where runners race up the 1,500 steps to the top.
A birthday party of sorts is planned for Saturday to celebrate the building's 90th anniversary, with the city's mayor, Bill de Blasio, and other dignitaries expected to be in attendance.
Views 6