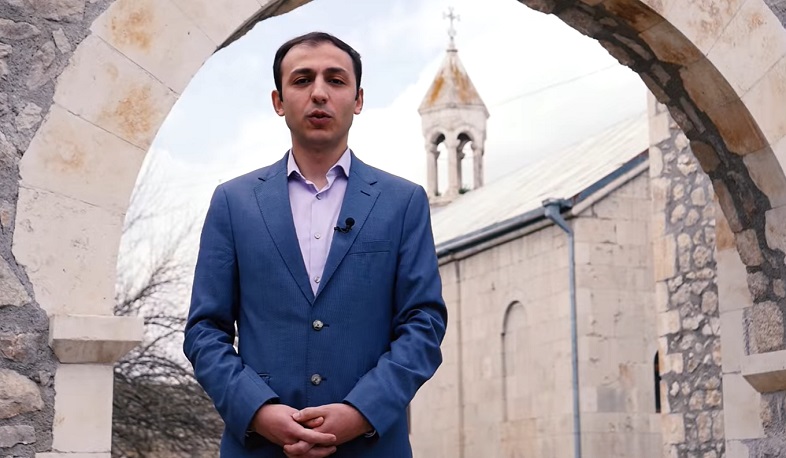 Azerbaijani side prevented the entry of 25 Armenian pilgrims to Dadivank: Artsakh Ombudsman

On April 25, the Azerbaijani side prevented the entry of 25 Armenian pilgrims to Dadivank where the ordination ceremony was foreseen by the servants of the Artsakh Diocese of the Armenian Apostolic Church.
Preventing the entrance of the faithful to Dadivank with obviously false and idle pretexts, the Azerbaijani military aimed to overturn the significant sacred ceremony of the Armenian Apostolic Church.
In this way, the Azerbaijani side violated the agreement reached through the mediation of Russian peacekeepers according to which the Armenian faithful can freely access to and perform spiritual ceremonies in the Dadivank Monastery.
Religious rights and freedoms are enshrined in the Universal Declaration of Human Rights and other fundamental international documents, the violation of which is an encroachment to human dignity, rights and freedoms.
Azerbaijan, which has declared itself a country of cultural and religious diversity, disregards the internationally known norms, insults, desecrates and destroys the cultural values of the Armenian people in its occupied territories, purposefully cleans the Armenian inscriptions and traces and artificially prevents the entry of the Armenian faithful to sacred sites.
The Human Rights Ombudsman of the Republic of Artsakh (Nagorno-Karabakh) will inform the relevant international structures about this incident, urging them to implement clear mechanisms against the illegal actions of Azerbaijan.
Views 308