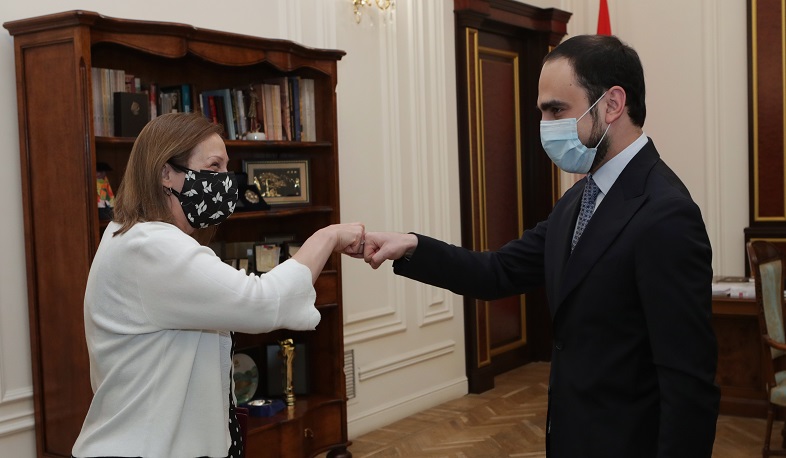 Welcoming the Ambassador, the Deputy Prime Minister praised the US Government’s financial and technical assistance to Armenia’s economic development and ongoing reforms. Avinyan especially highlighted the work done together with the United States Agency for International Development (USAID), describing it as one of the best attempts of bilateral cooperation. The implementation of more than 60 programs in the field of services, digitalization and other areas is meant.

Within the framework of the bilateral cooperation agenda, the parties discussed the process of public administration reforms in Armenia. The Deputy Prime Minister called this reform a cornerstone, emphasizing that it will ensure the effective functioning and transparency of the public administration system. In this context, reference was also made to the current state of digitalization of state and community services and the registered results. Avinyan stated that the works are in an active stage, and tangible results are expected by the end of the year.

The prospects of cooperation in the energy security and renewable energy sectors were also discussed during the meeting. The Deputy Prime Minister presented Armenia’s interest in developing effective mechanisms to respond to the challenge of climate change and to resist it. The possibility of launching an innovative ‘debt for climate’ financial exchange mechanism was also discussed.

Taking into account the 106-th anniversary of the Armenian Genocide, the Deputy Prime Minister stressed the need for the international community to recognize and condemn the Genocide. At the same time, he stressed that the US position on this issue is essential, expressing hope that President Joe Biden will clearly express his position, which was yet voiced during his electoral campaign.