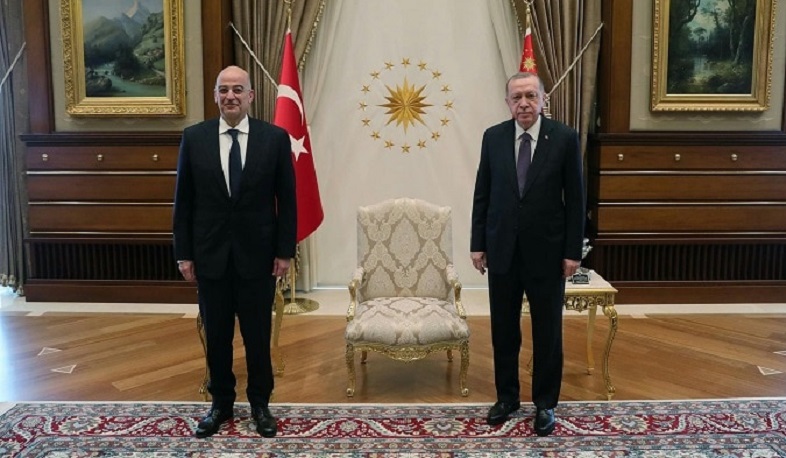 Reuters- Greek Foreign Minister Nikos Dendias met Turkish President Tayyip Erdogan on Thursday (April 15), in the first visit by either side since tensions flared betwen the neighboring countries over a long-standing maritime dispute.
The visit comes as Ankara and Athens are at odds over many issues, such as competing claims over the extent of their continental shelves in the Mediterranean, air space, energy resources, ethnically split Cyprus, and the status of some islands in the Aegean.
Tensions flared last summer when Turkey sent a drilling ship to contested Mediterranean waters, but have eased slightly after Ankara withdrew the vessel and the countries resumed bilateral talks over their disputes following a five-year hiatus.
Dendias is scheduled to hold with Turkish Foreign Minister Mevlut Cavusoglu later on Thursday.
Views 45