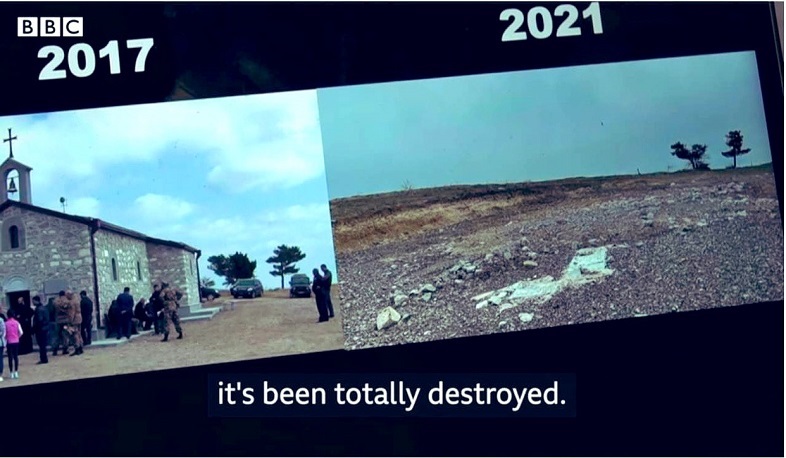 The Armenian National Commission for UNESCO issued a statement condemning another cultural crime committed by Azerbaijan.
“We strongly condemn yet another act of cultural crime by Azerbaijan. As BBC found out Armenian Church disappeared after Azerbaijani got control over it. Destruction was complete. The same church was vandalized during the recent Azerbaijani aggression.
Armenian monuments of Artsakh under Azerbaijani occupation are vandalized and destroyed in ISIS-style. The disappeared Armenian Church became a victim of an act of vandalism in the first place”, Armenian National Commission for UNESCO’s statement reads.
Views 134