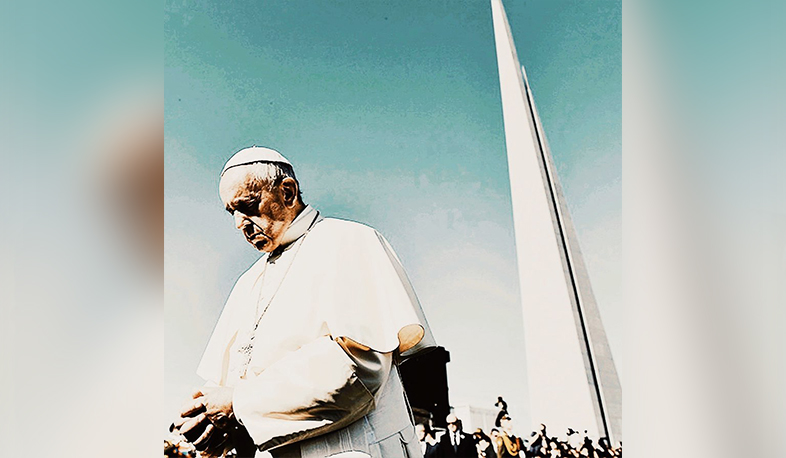 The film ‘Francesco’ about Pope Francis to be aired on March 28 through Discovery+. The film is directed by Evgeny Afineevsky, ‘Oscar’ nominated director for Best Documentary in 2016. Eric Esrailian, co-chief of David Geffen School of Medicine  at the University of California, Los Angeles (UCLA) is the producer.
“I was honored to be here when Pope Francis prayed at the Armenian Genocide Memorial and drew the world’s attention to Armenia once again. Watch our film ‘Francesco’ with Pope Francis on Discoveryplus this Sunday and learn about his powerful efforts to recognize the Armenian Genocide and much more.
Despite decades of denial and geopolitical maneuvering by denialists, our U.S. Senate, House, Library of Congress and the enlightened now publicly recognize the historical facts...something even denialists do in private. Bipartisan members of Congress are now calling on President Biden to make sure the Executive Branch follows suit ...,” Esrailian posted on Facebook using #KeepThePromise  hashtag.
Views 118