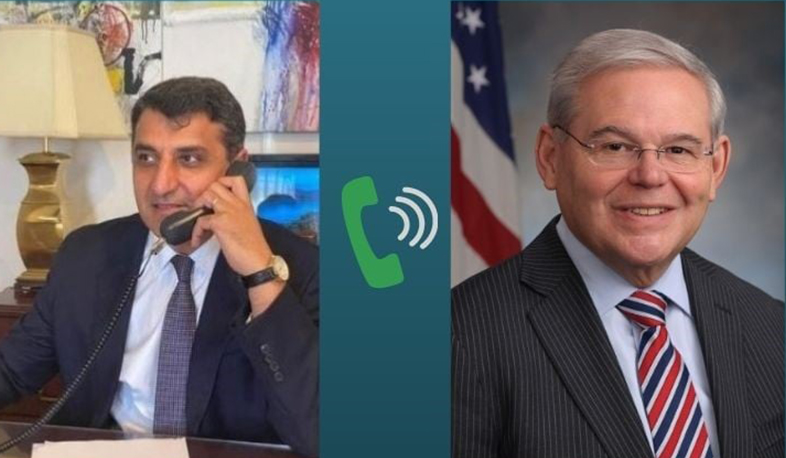 The RA Ambassador to the US held a phone conversation with the Senator Bob Menendez
"On February 25th, Varuzhan Nersesyan, Ambassador of the Republic of Armenia to the United States of America, held a phone conversation with Senator Bob Menendez (D – New Jersey).
Ambassador congratulated Senator Menendez on his election as Chairman of the Senate Foreign Relations Committee.
During the phone conversation Ambassador described the humanitarian crisis resulting from the Azerbaijani aggression in Artsakh and stressed the importance of the involvement of the international community, including United States to overcome the challenges.
Ambassador Nersesyan drew the Senator's attention to the issue of Armenian prisoners of war, captured civilians, and both stressed the need to take the necessary measures for their immediate repatriation.
At the request of the Senator, Varuzhan Nersesyan presented the ongoing situation related to the domestic developments in Armenia", the Embassy of Armenia to the United States wrote this on facebook.
Views 87