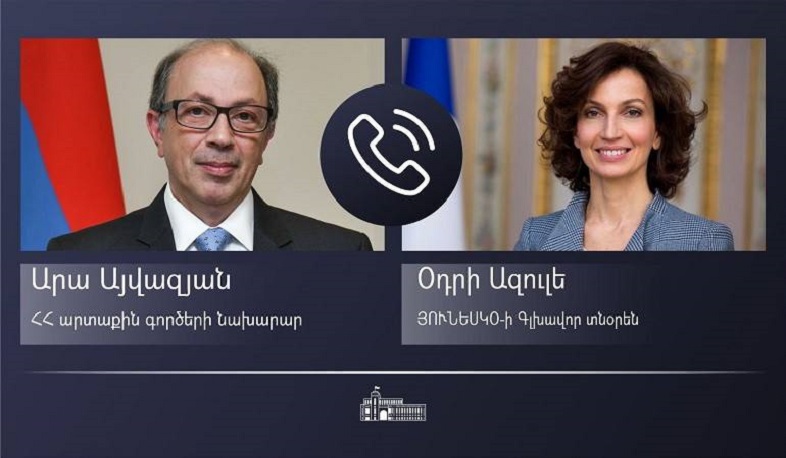 The Foreign Minister of Armenia Ara Aivazian held a phone conversation with UNESCO Secretary General Audrey Azoulay on January 25.
The press service of the MFA informs that the sides once again referred to the issues of preserving the Armenian historical and religious heritage in Nagorno Karabakh conflict zone and the prospects of cooperation with the UNESCO. The Minister Aivazian noted that the Armenian historical-cultural monuments are an inseparable part of the rich heritage of the region, expecting the active involvement of the UNESCO in the efforts to protect them.
Aivazian emphasized the urgency of taking measures for the protection of the Armenian heritage in the territories that have passed under Azerbaijani control, which becomes more alarming under the light of the deliberate destruction of the Armenian heritage and the efforts to distort their real belonging.
Welcoming the decision of the UNESCO to send a fact-finding mission, the Armenian FM emphasized the universal value of the Armenian heritage in Artsakh, assessing inadmissible the politicization of their protection and the Azerbaijani efforts to create artificial obstacles for their protection.
Views 46