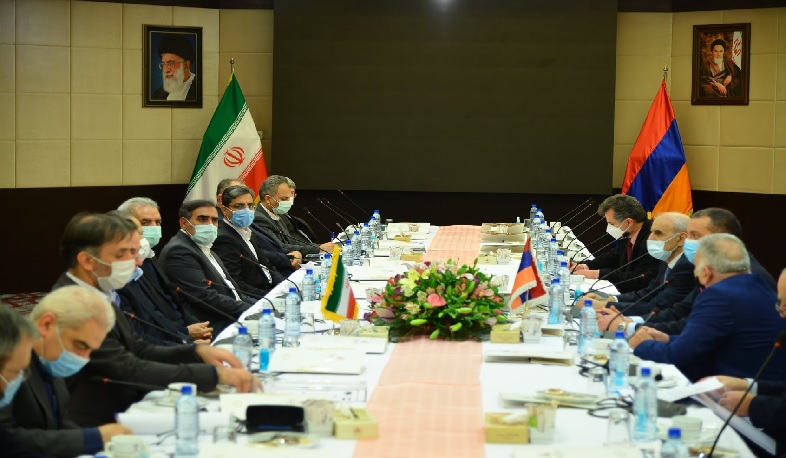 Vahan Kerobyan met with the Minister of Industry, Mines and Trade of the Islamic Republic of Iran

"On January 23, Vahan Kerobyan, Minister of Economy of the Republic of Armenia along with the Armenian delegation held meetings with Alireza Razm Hosseini, Iranian Industry, Mining and Trade Minister and Abdolnaser Hemmati, Governer of Central Bank of Iran separately.
An MOU was signed between the Minister of Economy of Armenia and Iranian Industry, Mining and Trade Minister.
During the meetings, the two sides discussed the various issues of bilateral economic ties and proposed plans.
The Armenian Minister and the delegation visited “Mammut” Industrial Group and “CinnaGen” Biotechnological Company".
The Embassy of Armenia in Iran wrote this on Facebook.
Views 227