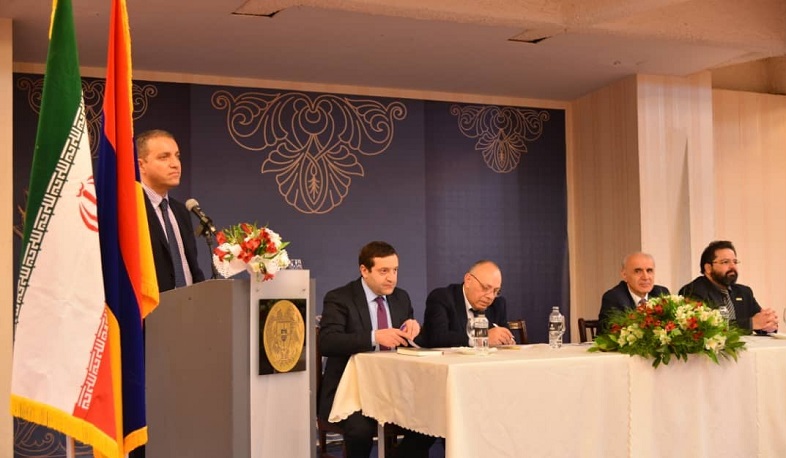 On the first day of the official visit of the delegation headed by the RA Minister of Economy Vahan Kerobyan to Iran, the Minister took part in the business forum organized by the RA Embassy and the Iran-Armenia Chamber of Commerce. This was reported by the RA Embassy in Iran.
Minister Kerobyan presented the current and perspective programs of the RA economy development to the conference participants. During the discussions, the issues related to the strengthening of trade relations between Armenian and Iranian businessmen, the implementation of investment programs were raised.
On January 23, Minister Kerobyan started a series of meetings with high-ranking Iranian government officials, as well as representatives of business circles.
Views 73