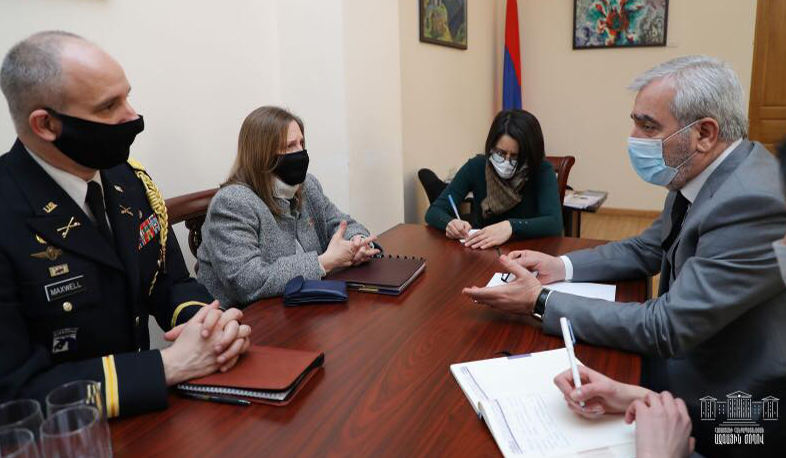 Andranik Kocharyan received the US Ambassador to Armenia

The Chairman of the RA NA Standing Committee on Defense and Security Andranik Kocharyan met with the delegation led by the US Ambassador Extraordinary and Plenipotentiary to Armenia Lynne Tracy.
Touching upon the problems existing as a result of the war, Andranik Kocharyan stressed that it is necessary to make every effort to carry out the exchange of captives. "The issue of prisoners of war is an important humanitarian issue, which must be resolved by all possible means", he stressed.
The interlocutors also spoke about the using of terrorists and mercenaries by Azerbaijan in the war. "This fact has been confirmed by the special services of the world's leading countries, such as France and the Russian Federation. In fact, in this war, the (Artsakh) Defense Army fought against Azerbaijan, Turkey, terrorists and the latest Israeli weapons", Andranik Kocharyan said.
"As Co-Chair of the OSCE Minsk Group, the United States will work to find a lasting political solution to the Nagorno-Karabakh conflict. In this way, we must try to reach a dialogue at different levels", said Lynne Tracy in turn.
Issues related to ensuring the security of economic relations and legislative initiatives aimed at the reform of the RA Armed Forces were also discussed.
Views 58