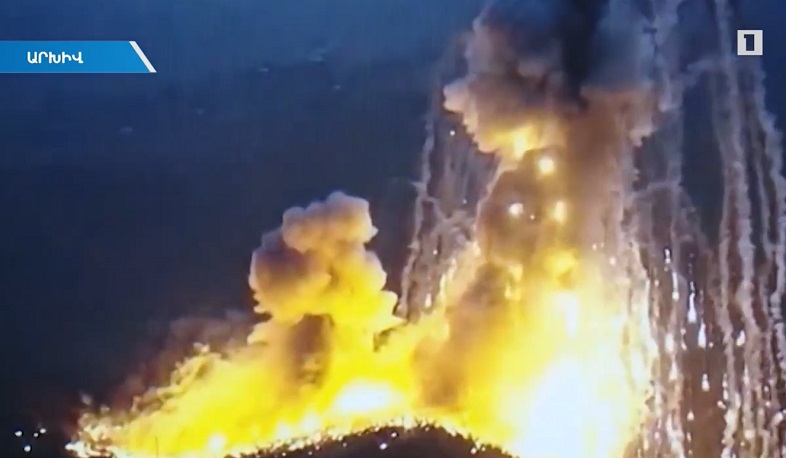 Two days after the start of the Artsakh war, the topic of "Syrian mercenaries fighting on the side of Azerbaijan in Nagorno Karabakh" came to the attention of the world media community.
On September 29, the authoritative Reuters agency published an article entitled "Turkey sends Syrian mercenaries to help its ally Azerbaijan. Confirmed by two militants". The topic of mercenary participation expanded hour by hour.
Syrian journalist Hussein Akush also testified that Syrian mercenaries are fighting on the side of Azerbaijan in Nagorno Karabakh.
The Idlib Post published photos of Turkish mercenaries from Syria. In the pictures, the militants are in one of the bases of the Azerbaijani Armed Forces.
Al Arabiya, citing the Syrian Observatory for Human Rights, reported that Syrian mercenaries had been killed. The daily says that the dead included more than 850 pro-Turkish Syrian militants sent by Turkey to fight for Azeris.
In a conversation with "AFP" agency, the relatives of the killed militants confirmed the news of their death.
1,000 militants have arrived in Azerbaijan from Turkey, some of them are fighting on the front lines, 10 militants have already died, the Guardian correspondent reported, citing its sources.
Successive articles appeared in the press warning that terrorists posed a threat not only to Artsakh and Armenia, but to the entire region. Turkey will export terrorists, Turkey openly supports Azerbaijan in this conflic, the German media wrote.
The authoritative British Financial Times presented remarkable facts. According to the writer, if Erdogan continues to cross the border, it could be his destruction.
Spiegel touched upon the issue of Turkey's support in the escalation of the Karabakh conflict, presenting Prime Minister Pashinyan's arguments on the involvement of Turkish officers.
The discovery of the Belgian newspaper De Morgen was remarkable: De Morgen - Azerbaijan has bribed European politicians and the media with billions of euros. The staff of the President of Azerbaijan paid European politicians and journalists for their "pro-Azerbaijani" attitude.
The international media also reported the use of cluster and phosphor weapons by Azerbaijan. Doctors warn that the use of chemical weapons makes it very difficult for soldiers to recover from injuries and swelling.
Views 190