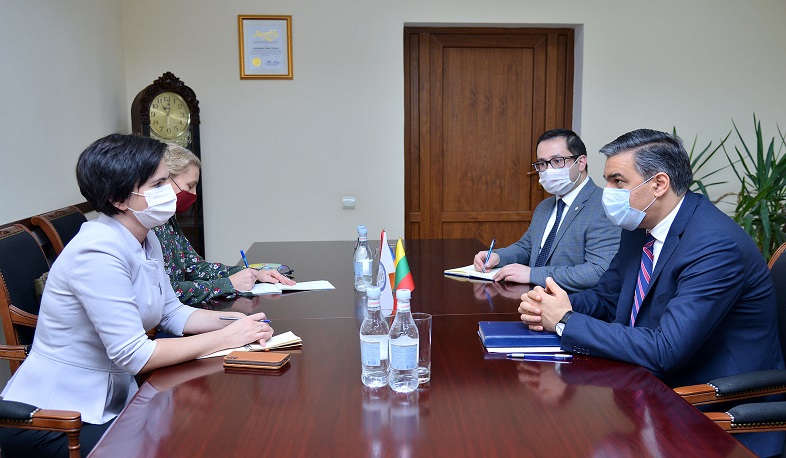 Today, the RA Ombudsman Arman Tatoyan received the Ambassador Extraordinary and Plenipotentiary of Lithuania to Armenia Inga Stanite-Tolochkiene.
A reference was made to the gross human rights violations committed by the Azerbaijani armed forces during the war. The RA Ombudsman stressed that targeting the civilian population of Artsakh and using prohibited weapons against them, involvement of mercenary terrorists, hatred towards Armenians, widespread atrocities and inhuman treatment, testify to Azerbaijan's policy of ethnic cleansing in Artsakh.
The Ombudsman informed the Ambassador that the Azerbaijani authorities are artificially delaying the return of prisoners of war and the exchange of bodies of victims both during and after the hostilities. "All this is part of the policy of anti-Armenianism in Azerbaijan", Arman Tatoyan noted.
Views 86