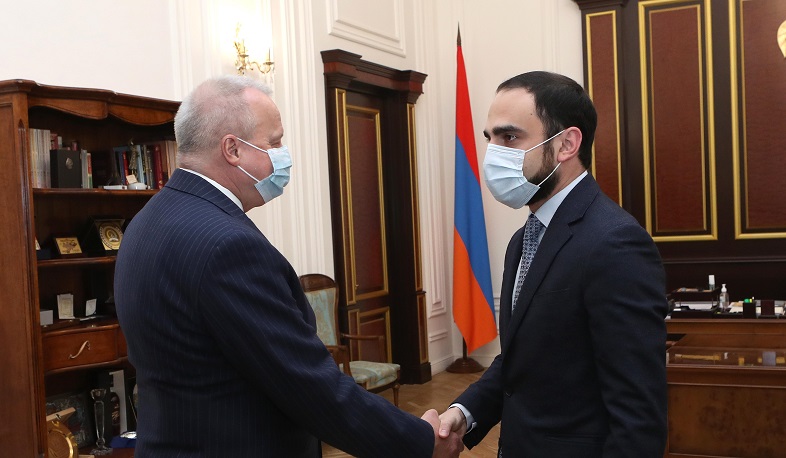 In regard prisoner exchange, Armenian side offers to apply the

On December 2, the RA Deputy Prime Minister Tigran Avinyan received the Ambassador of the Russian Federation to Armenia Sergey Kopirkin.
Welcoming the guest, the Deputy Prime Minister thanked the Russian side for its key role in the cessation of hostilities in Artsakh and the establishment of a ceasefire.
During the meeting, issues related to the prisoner exchange process, the search for missing persons and the search for the bodies of victims were discussed in detail. The Deputy PM noted that these issues are high on the agenda of the Armenian government and everything is being done to speed up the process as much as possible.
Tigran Avinyan said that in the process of exchanging prisoners, the Armenian side offers to apply the principle "all for all". In addition, it is proposed to create a mechanism according to which if any new prisoners appear in the future, they should be returned immediately and without any preconditions.
The Ambassador Kopirkin noted that the issues of finding the bodies and prisoner exchange process are in the center of attention of the Russian leadership.