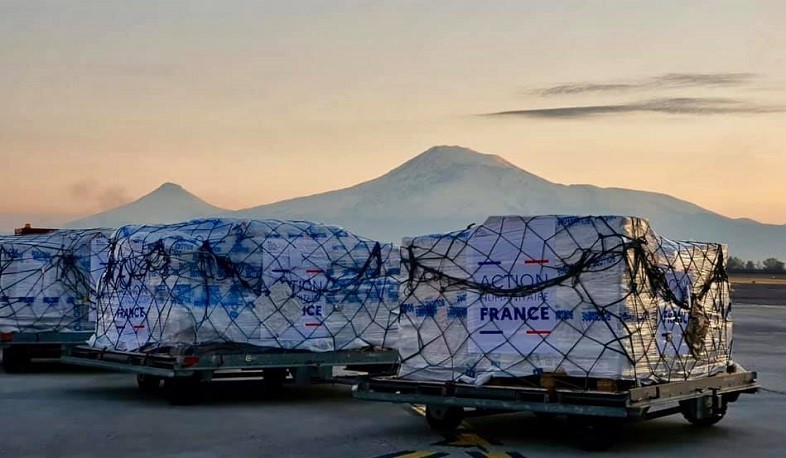 The spokesman of the Ministry of Europe and Foreign Affairs of the French Republic issued a statement stating that France is introducing a structural system of assistance to the Armenian population affected by the Nagorno Karabakh conflict. The French Embassy in Armenia informs about this.

"At the request of the President of the Republic and the Minister of Europe and Foreign Affairs, France is making a concerted effort to assist the Armenian population affected by the Nagorno-Karabakh conflict. Coordinated by the Committee under the auspices of the Center for Crisis and Support of the Ministry of Europe and Foreign Affairs, this event mobilizes the state, solidarity Associations cooperating with Armenia, humanitarian organizations, business foundations and hospitals united within the framework of "the Coordination Sud". It is based on three pillars.

1. Following the first emergency operations in recent weeks, which included sending surgeons and medical-surgical equipment to Armenia, numerous humanitarian flights have been organized. The first cargo flight leased by the Ministry of Europe and Foreign Affairs arrived in Yerevan this afternoon. It is transporting to Yerevan funds sent by the French authorities - ambulance equipment, in particular, a mobile aid station, which can serve 500 people, as well as blankets and hygiene items, which will be distributed to the victims of the conflict.

The second plane is scheduled for November 27, and its cargo will consolidate state resources, humanitarian aid donated by solidarity associations cooperating with Armenia, humanitarian organizations and business foundations.

2. As a follow-up to the successive medical missions since October, the second focus is on strengthening cooperation between medical institutions in the two countries. This will facilitate the financial support of the Ministry of Europe and Foreign Affairs. Hospitals in Paris and Marseilles and hospitals in Lyon have already been mobilized in France.

3. The third pillar-program aims to support programs implemented in Armenia by humanitarian organizations or UN agencies. France will provide direct financial support to these institutions on the ground.

Finally, the local governments, some of which are already actively supporting projects in Armenia, have been invited to contribute to the three axses of this system.

This humanitarian aid system is responding to the state of emergency in the Nagorno-Karabakh conflict in recent weeks.

France, as co-chair of the OSCE Minsk Group, remains fully mobilized with Russia and the United States to find a lasting solution to this conflict", the statement said.