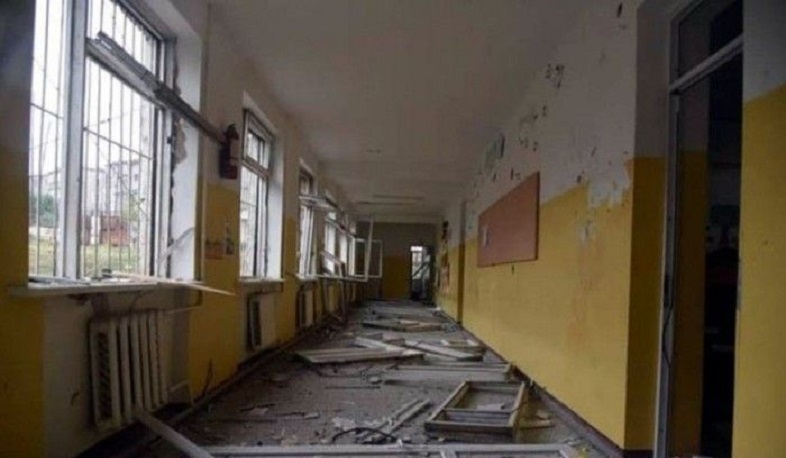 18 schools and 6 kindergartens were damaged in Artsakh. More than 33 thousand children were deprived of the right to education

The Ministry of Education and Science of the Republic of Armenia reports the following:

“Today, a special session of the Global Education Meeting was convened on “Education post-Covid-19”. The event was attended by heads of several countries, Ministers and Deputy Ministers of education of more than 60 countries.

UN Secretary-General Antonio Guterres, UNESCO Director-General Audrey Azoulay and high-level representatives of the three co-chair countries, including the Prime Minister of Norway, the President of Ghana, and the British Foreign Secretary delivered messages at the virtual meeting.Afterwards, speeches were made by the leaders of about 60 countries, officials in the field of education, as well as the heads of renowned international organizations in the field of education.

At the meeting Armenia was represented by the RA ESCS Deputy Minister Artur Martirosyan. He drew the attention of member states to the issue of exercising the right to education due to conflicts. “Since September 27, 2020, the Azerbaijani armed forces, with the active military-political support of Turkey and involvement of mercenary terrorists recruited from Syria and elsewhere, launched large-scale military attacks along the line of contact between the Republic of Artsakh (Nagorno-Karabakh) and Azerbaijan, targeting peaceful settlements, civilian infrastructures, including educational institutions and cultural and religious sites. While the international community had focused on response and recovery from the crisis caused by the COVID-19 pandemic, Azerbaijan not only refused to unconditionally support the United Nations Secretary-General’s appeal for an immediate global ceasefire but resorted to a new escalation of the situation. As a result of the Azerbaijani aggression, over 90,000 people have fled their homes to shelter at safer places. This has unequivocally impacted the right to education of all the children and youth in Artsakh, as over 33,000 children and youth have been deprived of education.

There is also a growing number of casualties among children. The children who have remained in the Republic of Artsakh are deprived of their basic right to education since schools and kindergartens have deliberately come under the Azerbaijani attack. Furthermore, the children who have fled to the Republic of Armenia face difficulties integrating with their new environments and schools. Moreover, thus far, 18 schools and 6 kindergartens, have been destroyed in Artsakh as a result of Azerbaijani aggression. Azerbaijani drone attacks have also damaged secondary schools in the villages of Sotk and Kut, in the Gegharkunik region of Armenia.

As an endorsing member-state of the “Safe Schools Declaration”, Armenia strongly advocates that every boy and girl has the right to education without fear of violence or attack. It is a matter of grave concern for us that Azerbaijan still refuses to endorse the “Safe Schools Declaration” thus undermining the efforts of the Global Coalition to Protect Education from Attack aimed at addressing the problem of targeted attacks on education during armed conflicts. I, therefore, urge the international community and all of you individually, to urgently and unequivocally condemn the continuing atrocities committed by the Azerbaijani armed forces towards Artsakh and Armenia. International organizations, in this case, UNESCO, should act adequately making no discrimination towards schoolchildren based on the status of a territory of their residence since human rights are not limited by borders and are of universal nature. I call on UNESCO to devise mechanisms that will ensure that no one is truly left behind in terms of realization of the right to education.” stated A. Martirosyan.

The meeting covered the issues on overcoming the negative consequences caused by the COVID-19 pandemic and ensuring uninterrupted continuity of education, which presupposes solution of issues related to maintaining and/or increasing national and international funding for education, implementing the principles of inclusivity and equality, applying and rethinking teaching methods and information and communication tools, and reopening schools. During the meeting, a Declaration was adopted, including the main messages in the field of education: how to meet the challenges facing the education sector as a result of the COVID-19 pandemic”.