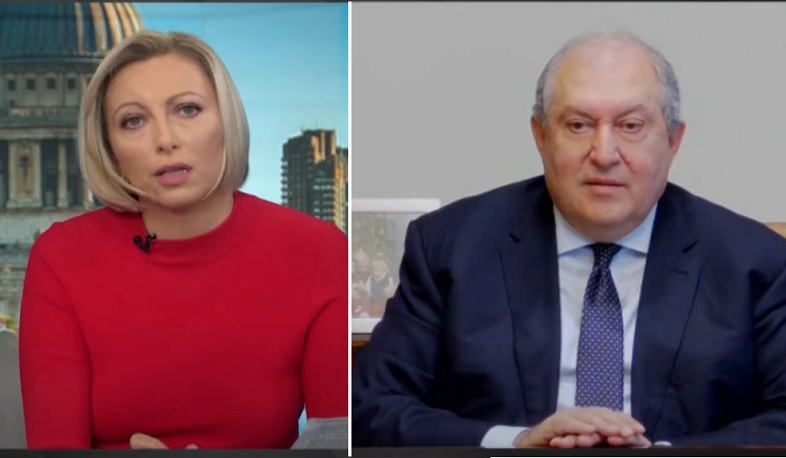 Armenian President Armen Sarkissian said in a Bloomberg TV interview Friday that Turkey was “deeply involved” in the conflict and he’d asked the North Atlantic Treaty Organization to investigate the actions of its member state.

“I hope our colleagues in NATO will make their voice heard and put pressure on Turkey that they should not get involved,” Sarkissian said. While he’s thankful to Putin for organizing the talks, Armenia won’t have “any other choice” but to recognize Nagorno-Karabakh’s independence if fighting continues, he said.

Question: In Caucasus where more than 300 people have died and thousands have been displaced since a region fighting have broke about two weeks ago in Nagorno Karabakh. Now, the region is officially part of Azerbaijan but won by ethnic Armenians. Turkey’s intervention deviates unreserved backing to Azerbaijan has raised the stakes significantly. I mean, calls for ceasefire, multures from the US, Russia and France have begun efforts to try end the violence. We’re joining now to Armen Sarkissian, he is the president of Armenia. Mr. President, thank you so much for joining Bloomberg’s Relevance.

Let me to put in that the Russian president has invited parties today to try and find the ceasefire, a way forward with your Foreign Minister and, of course, the Foreign Minister from the other side. Are you confident that you will be able to reach a ceasefire.

President Armen Sarkissian: I cannot say I am confident that we will reach a ceasefire because I think that the two foreign ministers are going to Moscow, they are going to enter a sort of a dark room in order to start negotiating and talking about ceasefire. But I am happy that this meeting is happening and I am thankful to the Russian Federation President Putin and Foreign Minister Lavrov for organizing this meeting because it is absolutely needed to stop the shelling and stop the fighting because there are hundreds and hundreds of losses on both sides, there is a huge humanitarian crisis there and the war is hitting civilians and so on and so force. I am thankful to the Minsk of Co-Chairs and the Russian Government, and I hope they will get a ceasefire.

Question: Mr. President, is Russia really the only power here that can break an agreement? Do you need Russia’s support? Have you spoken to President Putin?

President: Well, to make it clear, this is one of those conflicts that has a framework where it can take the negotiations to the peace finally. This is the Minsk Group of the OSCE, which was created more than 20 years ago when the first war of Nagorno-Karabakh was over and sides were negotiating on the peaceful outcome of the future status of Nagorno-Karabakh. However for this or that reason Azerbaijan on the 27th of September decided that they would not go the path of peace or negotiations. They decided that they can solve it with arms and armaments. And, of course, Turkey’s intervention can be crucial there.

Question: Yeah, but do you want Russia’s support in it? Have you had any contact with Vladimir Putin since the crisis began?

President Armen Sarkissian: Well, we have a regular contact with Vladimir Putin but on our side, the negotiators on the Minsk Group platform are the Prime Minister and the Foreign Minister. On the Azeri side, it is the President and the Foreign Minister. The person who is in contact with the president Putin regularly is my Prime Minister because he is in charge, also on the Armenian side, not on the Nagorno-Karabakh side, because they have their own president. The Prime Minister is there and I have my own regular contacts with president Putin during my years of presidency. But again, the platform is the Minsk Group.

Question: Ok, you accuse Turkey in military involvement and support to Azerbaijan, something that they deny. Do you have proof that this has happened? Have you shown proof to France and NATO allies? What have they answered to do?

President Armen Sarkissian: Well, basically, neither me, nor my government, nor my ministers need to present proofs because proofs are there. They are in form of recognized announcements by the Azeri side, the Azeri officials. There are videos, photos, everything and even foreign intelligence organizations or departments of several countries, including Russia, have reported the presence of Islamic terrorists on the territory of Azerbaijan that were brought there by Turkey. And the presence of the Turkish military, Turkish drones, even F-16s that are in use now in the battle as well.

Question: So, what have you asked NATO allies to do in response to this?

President Armen Sarkissian: Well, I made it clear and I have asked the NATO to look at this very carefully because we have a situation where a member of NATO-an organization, which has a clear mandate of what to do-is taking part or getting involved in a conflict of third parties, which are not NATO members. Does Turk