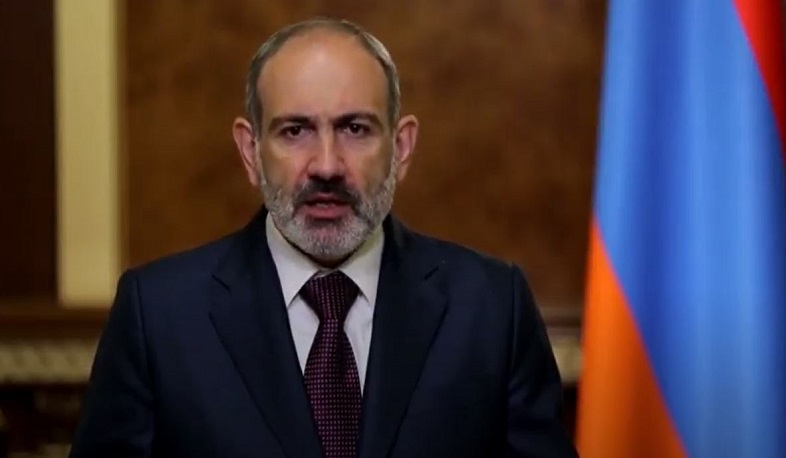 This year we are celebrating the 75th anniversary of the foundation of the United Nations, which was born out of the ashes of the Second World War. We remember the sacrifice of our grandparents, their tribulations for peace and the future of humankind.

Today, the first time ever the UN General Assembly is being held in a virtual format. No matter how uncomfortable and undesirable it is, the meeting in this format proves the determination of humankind to continue cooperation; it shows our dedication and commitment to the UN and multilateral cooperation.

Indeed, the pandemic has an unprecedented impact on all aspects of human life. Addressing global challenges requires recommitment of all states to effective multilateralism and international cooperation with the central role of the United Nations.

We appreciate the primary role of the UN, in particular the World Health Organization and the UNDP, in the global response to Covid-19. We are grateful to all our partner countries who supported Armenia and on our part, we extended our share of help to our friends. This collective effort is an important manifestation of international solidarity.

In the spirit of our collective pledge to leave no one behind, we share the conviction that equitable access to all essential health technologies and products to combat the virus is a global priority, and no one, including those living in conflict areas, should be denied or be limited in access to remedies to mitigate the impact of Covid-19.

Likewise, vaccines against COVID-19 are a global public good and should be accessible and affordable to all peoples without any discrimination.

I want to once again stress Armenia's unequivocal support to the Secretary-General’s appeal for a global ceasefire and UN Security Council Resolution 2532 on COVID-19, demanding general and immediate cessation of hostilities in all situations.

While global efforts were directed at coping with Covid-19, we have been witnessing deplorable attempts to destabilize peace and security in our region. This July Azerbaijan ventured yet another act of aggression. The armed forces of Azerbaijan initiated a military offensive in the borderline Tavush region of Armenia.

As Armenia had called for an immediate de-escalation and agreed to end hostilities of hours after their outbreak, Azerbaijan continued targeting civilian population and infrastructure, and attacking Armenia’s borderline areas by employing artillery, heavy weaponry, UAV’s, and large infantry units. Moreover, the Azerbaijani authorities had also escalated their war threats, which crossed all the imaginable boundaries of a civilized world. Azerbaijan’s Ministry of Defense even threatened to launch a missile strike at the Nuclear Power Plant in Armenia, which is tantamount to a threat of “nuclear terrorism.”

The July battles shattered the myth of Azerbaijan’s military superiority and validated the obvious that there is no military solution to the Nagorno-Karabakh conflict. It is long overdue for the Azerbaijani leadership to acknowledge this fact and renounce the use of force and threat of force in the context of the conflict resolution.

Armenia reaffirms its commitment to the exclusively peaceful settlement of the Nagorno-Karabakh conflict. The right of self-determination of the people of Nagorno-Karabakh is a basis of the peace process, which is recognized by the international community and the international mediators, the OSCE Minsk Group Co-Chairs, in particular. By virtue of this right, the people of Nagorno-Karabakh should be able to determine their status without limitation. To this end their elected authorities should be able to take part in the negotiations. The aspirations and needs of people living in the conflict zone should become the priority of the negotiation agenda.

Ensuring comprehensive security of the people of Artsakh who have been exposed to existential physical security threats is another key priority for Armenia.

Freedom, democracy and respect for basic human rights are integral requisites of an environment conducive to achieving a lasting and comprehensive settlement of the conflict. Only legitimately elected governments can genuinely express the interests of their people and move towards a compromise.

The authorities of Azerbaijan have been consistently using the conflict for legitimizing their long grip on power. For decades, Armenia and the Armenians have been useful enemies for the leadership of Azerbaijan to justify low living standards, the absence of democracy and systematic violations of human rights in their country.

The ceasefire must be strengthened by concrete actions on the ground. Renouncing bellicose rhetoric and hate speech, expanding OSCE monitors on the line of contact and the borders, establishing an investigative mechanism into ceasefire violations and setting up direct communication lines between commanders on the ground are essential in this regard.

During the July escalation, calls from the international community were mostly about the respect of the ceasefire, dialogue and restraint. Turkey, however, much in line with its destabilizing policies of power projection in its other neighboring regions, including the East Mediterranean, North Africa and the Middle East, spared no effort to fuel tensions in the South Caucasus, as well.

With its unilateral support to Azerbaijan and the expansion of military presence there, Turkey undermines efforts to peace and stability in the region, as well as the efforts of the OSCE Minsk Group Co-Chairs to this end.

Turkey builds its policies in our region on traditions of kinship, on exploiting conflicts, on the justification of the Armenian Genocide and on the impunity for that crime. Turkey poses a security threat to Armenia and the region. In this context, Armenia will continue to actively engage in regional and international efforts to maintain peace and security through dialogue and cooperation.

Despite the challenges we have been facing this year, Armenia continues its engagement with international operations of preserving international peace and security. Armenian peacekeepers serving in Lebanon, Mali, Kosovo, and Afghanistan have contributed to the security and stability there. We are ready to expand our participation in peacekeeping operations under the auspices of the UN.

Armenia prioritizes the effective implementation of the 2030 Agenda for Sustainable Development.

On July 10, 2020, Armenia presented its Second Voluntary National Review (VNR) of the Sustainable Development Goals. The theme of this year’s High-Level Political forum - Accelerated action and transformative pathways - perfectly reflects Armenia’s national priorities and policies of the past two years since the non-violent Velvet Revolution in 2018.

Powered with the strong popular mandate, our Government is very determined to advance ambitious reforms, aimed at building a competitive and inclusive democratic society with strong institutions. The reform agenda embraces every area of public life and puts a strong emphasis on human rights, the rule of law, combating corruption, independent judiciary and improved public administration.

We pursue large-scale economic and social development and rely on technological, environmental and educational high standards. This week our Government launched the Armenia Transformation Strategy 2050 with 16 mega goals, based on a bold vision for modernity and progress.

On the 75th Anniversary of the United Nations, we are compelled to recognize the many existing challenges to human dignity and human rights. As a member of the Human Rights Council, Armenia will continue to strongly contribute to international cooperation for the protection and promotion of all human rights.

Both in its domestic policies and the foreign policy agenda, Armenia underlines the important priority of promoting equal rights and active participation of women and youth in political and public life.

The protection of women’s rights in conflict zones and their participation in all stages of conflict resolution are critical. Practical implementation of the provisions of UN Security Council Resolution 1325 is amongst the important priorities of our Government.

Prevention of genocides has been an unwavering priority of Armenia. As a nation to have endured its horrors, we have a moral responsibility before humanity to preserve the memory of the victims of genocides and to contribute to the efforts of the international community to prevent the recurrence of horrendous crimes.

We appreciate the strong international support expressed also in the Human Rights Council to Armenia’s efforts to advance an effective international prevention agenda.

Armenia promotes platforms for inclusive dialogue among governments, parliaments, international organizations, academia and civil society on the genocide prevention agenda. The “Global Forum against the Crime of Genocide” Held in Armenia, has become one such regular platform for dialogue.

The 75th anniversary of the United Nations is a fitting occasion to reaffirm the strength of its three interconnected pillars of peace, development and human rights. The ongoing conflicts, persistence of radicalism and intolerance, transnational and global challenges continuously reveal our collective vulnerabilities and interdependence. As ever, we need effective multilateralism and therefore a strong and reformed United Nations for a better future, peace and security for generations to come.