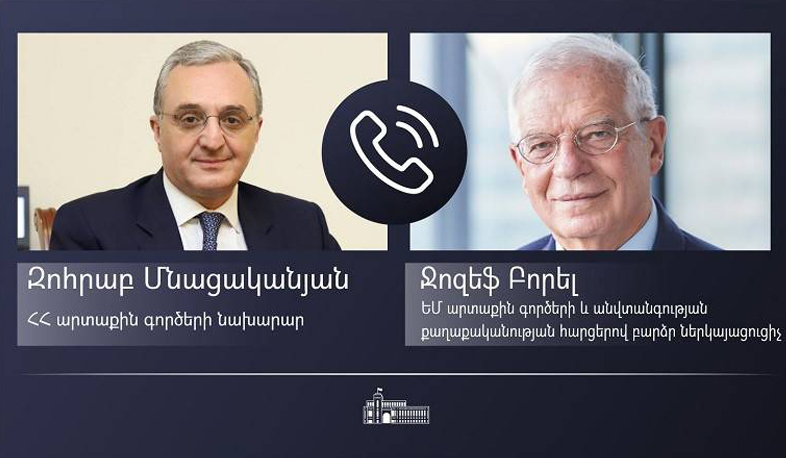 Zohrab Mnatsakanyan had a telephone conversation with Josep Borrell, the new Minister of Foreign Affairs of Azerbaijan joined the talks

Zohrab Mnatsakanyan commented on the recent developments concerning escalation across certain parts of the Armenia-Azerbaijan border as a result of the hostilities instigated by Azerbaijan since July 12.

Zohrab Mnatsakanyan also emphasized the importance of implementation of the previous agreements on reducing tensions, restoring and strengthening the ceasefire. In this context,  Zohrab Mnatskanyan stressed the priority of denouncement of bellicose rhetoric and war threats by the political-military leadership of Azerbaijan.

Referring to the format of the phone conversation, Zohrab Mnatsakanyan particularly underlined the exclusive role of the OSCE Minsk Group Co-Chairmanship in the Nagorno-Karabakh peace process.

Minister Mnatsakanyan also highly appreciated the unequivocal support of the EU High Representative/Vice President to the format of the OSCE Minsk Group Co-Chairmanship, as well as his remarks that the regional countries should refrain from any actions aimed at destabilization of the situation.