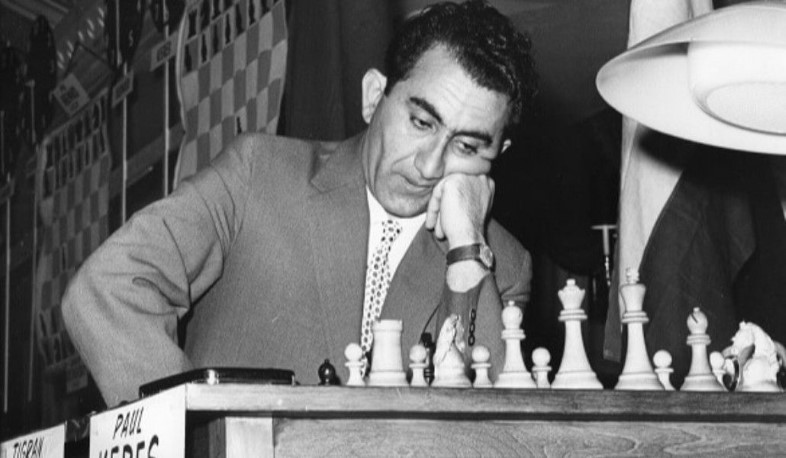 Today is the birthday of the Armenian chess giant "Iron Tigran"

Today is the birthday of two-time world chess champion Tigran Petrosyan. The legend nicknamed "Iron Tigran" would have turned 91 today.
The Armenian chess player won the Candidates Tournament in 1962 and won the right to challenge Botvinnik for the title of World Champion. In 1963 defeating him Petrosyan became the world champion.
In 1966 after defeating Boris Spassky Tigran Petrosyan retained the title of World Chess Champion.
The Armenian chess giant has won 9 times, as a member of the USSR national team, in chess olympiads. The Chess House in Armenia has been named after Tigran Petrosyan since 1984.
Views 53