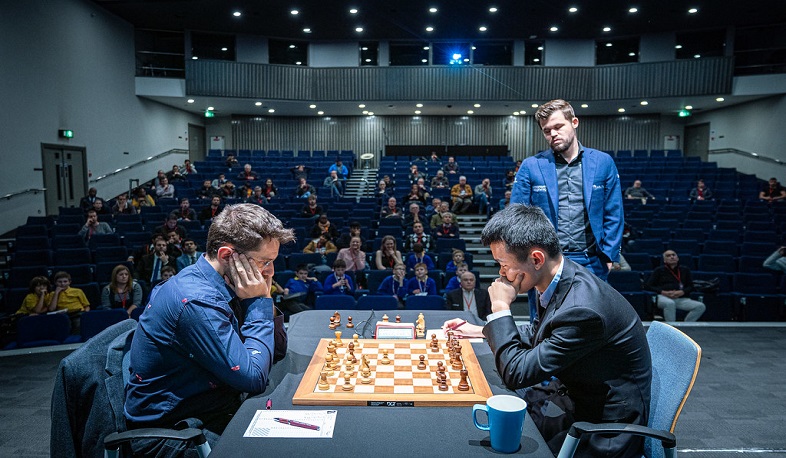 Leading chess player of Armenia Levon Aronian has again shared a point with Ding Liren.
During the second classic game of the Grand Chess Tour, taking place in London, Aronian and Liren agreed on a draw at the 28th move of the game. Carlsen and Lagrave also ended the game in a draw.
The players will compete in rapid chess later. The next game will take place today.
Views 24