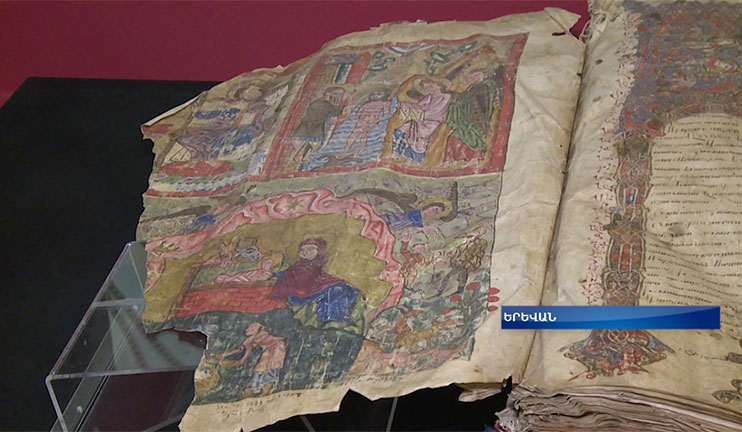 Homilies of Mush is the largest Armenian manuscript written and illustrated in 1200-1202.

Homilies of Mush is the largest Armenian manuscript written and illustrated in 1200-1202. In 1203 during the Mongol-Tatar invasion the owner of the manuscript, Astvatsatur, is killed and the property seized. The book through a deception is purchased by a Turkish pasha from Ahlat city.

The monks of the Mush St. Arakelots monastery with bishop Yesayi in the lead, with the help of the donations of the inhabitants of Mush and surrounding villages and after a year of negotiations, succeeded to return the manuscript with 4000 silver fee.

In 1205 the Homilies of Mush is taken to the St. Arakelots Monastery and becomes one of the main sanctities.

It is kept there for 811 years till 1915. The book which weighs 28kg is split to two parts and miraculously survives the Genocide. Today it is kept in the Matenadaran after Mesrop Mashtots.