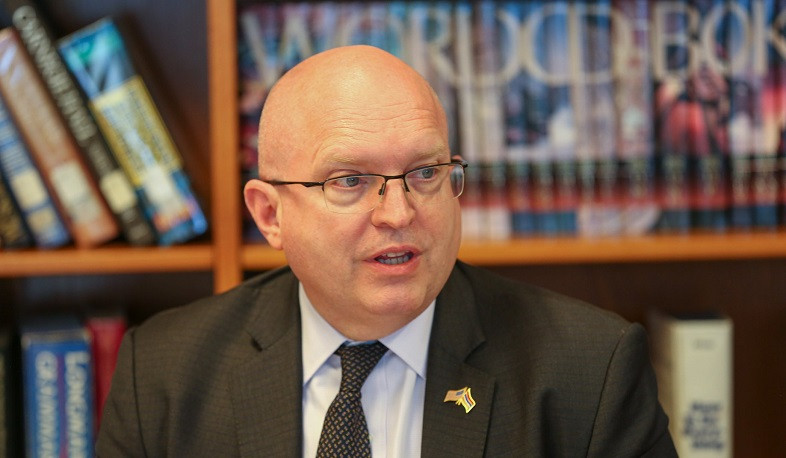 Resolution of contentious issues remains the responsibility of Armenia and Azerbaijan, Reeker

Philip Reeker, U.S. Department of State’s  Senior Advisor for Caucasus Negotiations, and OSCE Minsk Group Co-Chair from USA, referred to the negotiations between Armenia and Azerbaijan, during his testimony in the US Senate on November 16, 2022. The Senate Foreign relations Committee, chaired by Robert Menendez (D- NJ), organized a hearing, titled “Assessing U.S. Policy in the Caucasus”.
Though the U.S. and EU are facilitating negotiations between the sides, the substance of these discussions is being led by Armenian and Azerbaijani representatives themselves. Direct negotiations held at the initiative of the two countries and driven by their interests, rather than the interests of outside actors, have the greatest chance of long-term success. We will support those efforts in any way we can. The Secretary has not only offered his counsel, but he has also offered U.S. technical assistance on issues ranging from border delimitation to the planning of transportation routes. While the resolution of contentious issues remains the responsibility of Armenia and Azerbaijan, I have made it clear the international community has a specific responsibility to ensure that the rights and security of ethnic Armenians are addressed credibly and in line with a peace settlement. To that end, I have repeatedly encouraged the leaders in both countries to consider an international mechanism to ensure, monitor, and report on any agreement involving Nagorno-Karabakh.  The sides are at an historic crossroads. We are encouraging them to choose a future of prosperity and demonstrate the wisdom of working together on a peace that will benefit the people of the region for generations to come. Our efforts will continue towards this goal, and we will do so in any way we can.
Author:Davit Muradyan
Views 12