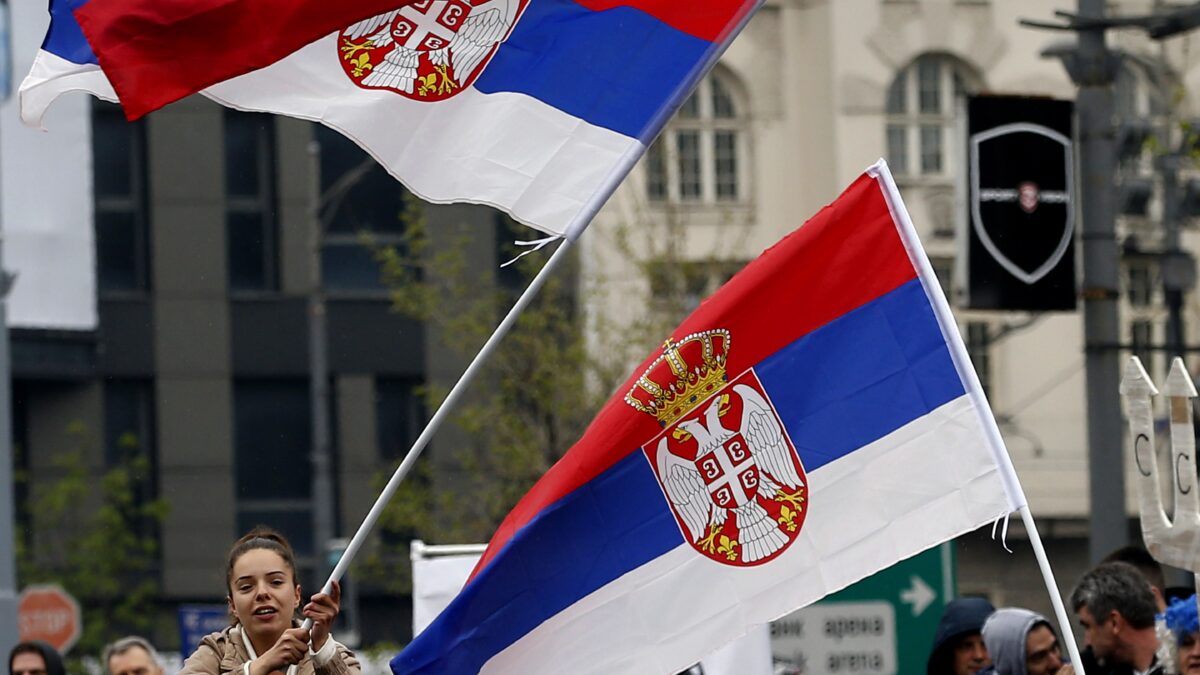 Tensions flare on Kosovo-Serbian border amid protests and gunfire

A dispute over license plates between the Balkan nations of Kosovo and Serbia, from whom Kosovo split 14 years ago, yielded protests and gunfire Sunday night, prompting fears that the violence could escalate as Western countries are focused on the war in Ukraine, New York Times reports.

Amid demonstrators who built barricades, unknown gunmen fired on Kosovo police officers along the restive northern border with Serbia on the eve of a new law requiring ethnic Serbs living in Kosovo to switch from Serbian license plates to Kosovar ones in the next two months. Many Serbs in Kosovo still use Serbian-issued plates, which the government considers illegal.

Kosovo’s government had also said that beginning Monday, all Serbian ID and passports holders must obtain an extra document to enter Kosovo, just as Kosovars must do to enter to Serbia.

No one was injured by the gunfire, but in response to the violence, the Kosovo police closed two northern border crossings.

“The following hours, days and weeks may be challenging and problematic,” Kosovo’s prime minister, Albin Kurti, said in a video released on his social media channels.

Russia calls on Pristina and the United States and the European Union who are backing it to stop provocations and observe the rights of Serbs in Kosovo, Russian Foreign Ministry Spokeswoman Maria Zakharova said on Sunday, TASS reports.

"We call on Pristina and the United States and the European Union backing it to stop provocation and observe the Serbs’ rights in Kosovo," she said.

According to Zakharova, Pristina’s decision "to begin the use of ungrounded discriminatory ‘rules’ on mandatory change of identification documents and car plates of the local Serbs from August 1 is another step to oust the Serbian population from Kosovo, to squeeze out institutions of the Kosovo Serbs, which defend the rights of ethnic Serbs from the arbitrariness of the Pristina radicals led by ‘Prime Minister’ Albin Kurti."

"The Kosovar leaders know that the Serbs will not stay indifferent when it comes to a direct attack on their freedom and are deliberately seeking to aggravate the situation to trigger a force scenario. Naturally, Belgrade is at the forefront of the attack, since the West is seeking to ‘neutralize’ it by means of the Kosovo Albanians," she said.

She stressed that such development of the situation is another evidence that the European Union’s mediatory mission has failed. "It is also an example of what the European Union thinks about the role of Belgrade, which, as a matter of fact, is supposed to put up with the deprivation of rights of its compatriots," she added.