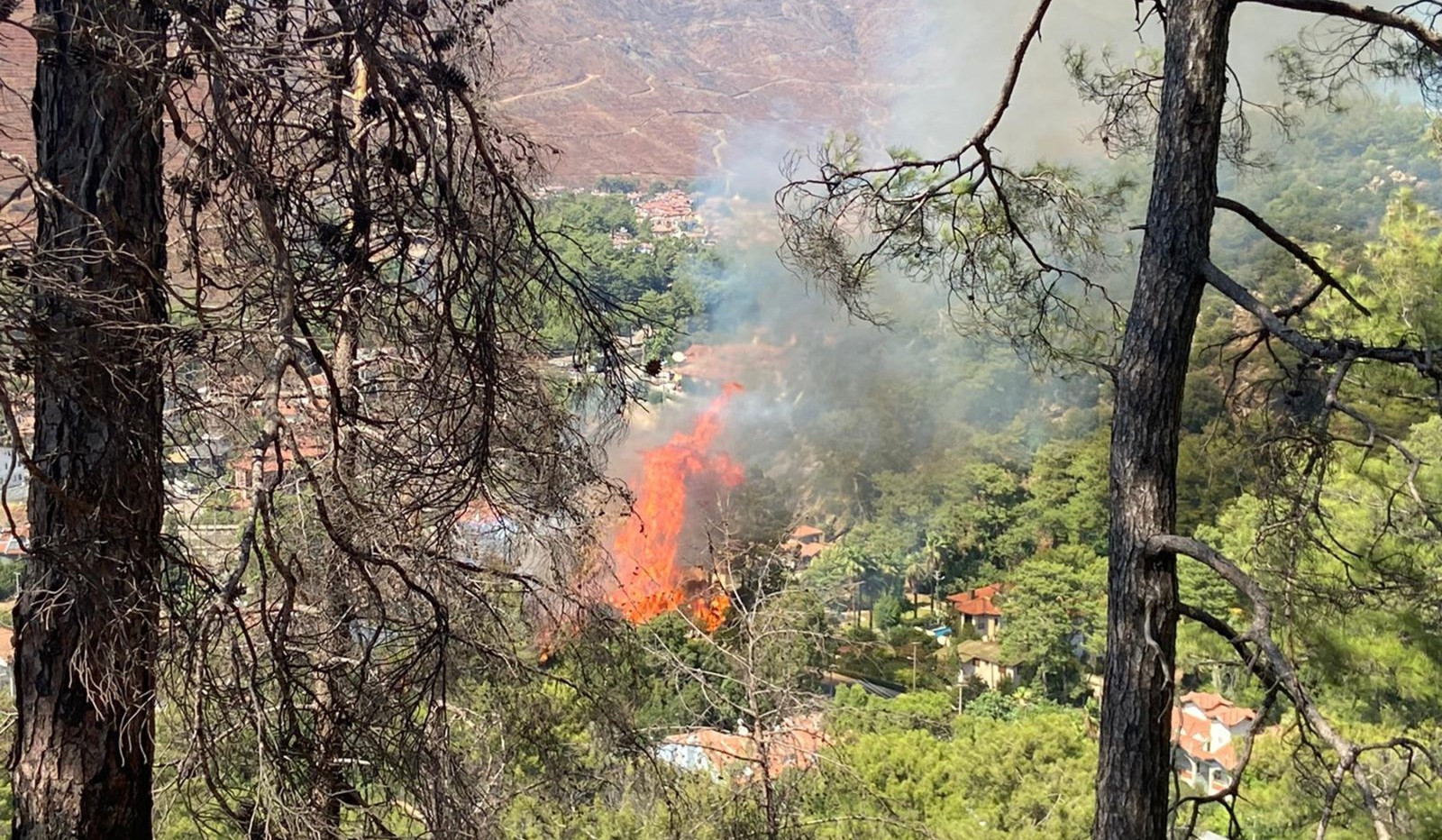 Authorities evacuated a training hotel and dozens of homes in holiday resort of Marmaris, Turkey on Friday (July 29) as firefighters battled to contain the blazes that spread to residential areas, Reuters reports.

Authorities said five planes and seven helicopters were involved in the efforts to douse the flames.

The blazes broke out on the first anniversary of last year's summer fires that ravaged 140,000 hectares (345,950 acres) of countryside, the worst wildfires in Turkey on record.

Firefighters sought on Friday (July 29) to extinguish a wildfire from land and air close to residential areas in southwestern Turkey, the local forestry authority said, reminding Turks of blazes last year that raged across the region.

The regional forestry authority of Mugla province said the fires, fanned by strong winds and temperatures close to 40 degrees Celsius, were threatening a hotel and settlement areas in the small seaside town of Icmeler near Marmaris.

The Turkish coast guard secured the bay and suspended water traffic in the area where fire-fighting planes and helicopters were collecting water to help extinguish the fire, it added.

Television footage showed black and white smoke billowing near the coast and approaching settlement areas, as onlookers stood on beaches.

Last summer's wildfires, most of which also occurred near Marmaris, were the most intense on record in Turkey, a European Union atmosphere monitor said at the time, adding that the Mediterranean had become a wildfire hot spot.