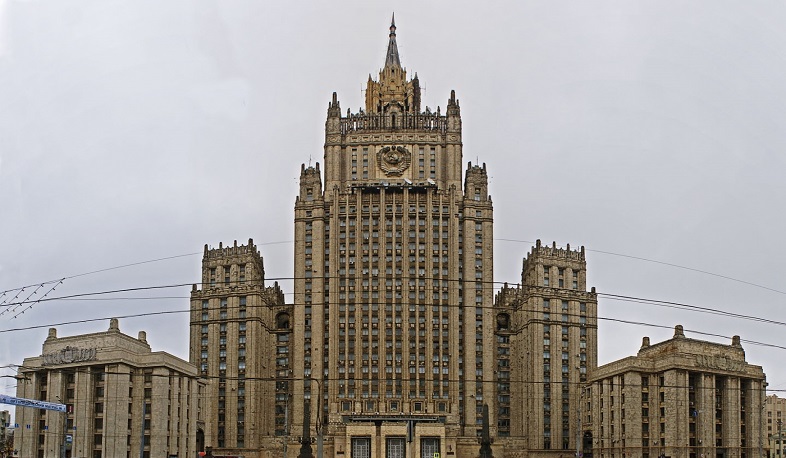 The resolution of a problem with food products requires demining the waters near Ukrainian ports and Russia is ready to provide a humanitarian corridor for vessels to pass, Russian Deputy Foreign Minister Andrey Rudenko told journalists on Wednesday, TASS reports.

"The resolution of a food problem requires a comprehensive approach, including that related to the lifting of sanctions imposed on Russian export and financial transactions, as well as mine clearing is needed on the part of Ukraine in all the ports where the ships are docked. Russia is ready to provide the necessary humanitarian passage which it is doing on a daily basis," the senior diplomat said.

Commenting on statements by European Commission President Ursula von der Leyen that Russia is allegedly using the food issue as a blackmail weapon and that it is necessary to seek opportunities for dialogue with Moscow on this issue, the diplomat noted that Russia is always ready for dialogue with everyone who aspires to resolve issues peacefully. "The Russian side is always ready for dialogue with everyone who desires peace, a peaceful resolution of all problems," he said. "I’d leave the statements by Ursula von der Leyen on her conscience," he added.

A visit by Western countries’ naval ships to the Black Sea for escorting bulk carriers loaded with grain might seriously worsen the situation in the region, Rudenko said.

"This would seriously aggravate the situation in the Black Sea region," he said in reply to a corresponding question.

Rudenko recalled in that connection that the British government had stated it had no intention to send naval ships to the Black Sea for assisting the export of grain from Ukraine. Such plans had been mentioned by The Times with reference to a diplomatic source. Prime Minister Boris Johnson’s spokesman said he knew nothing of such plans.

Russia interacts with the UN on the issue of unblocking grain supplies in Ukrainian ports, consultations are underway, Rudenko told journalists.

"On this subject, I already said that we are in the process of interacting with the UN on this matter. This issue was discussed in detail during a visit by [UN Secretary General Antonio] Guterres. There are further consultations underway on how the UN can help in this situation," the senior diplomat said.

Russia’s special military operation in Ukraine and large-scale sanctions introduced against Russia by the US and the EU led to disruptions in grain supplies, elevating the risk of a food crisis in a number of countries. Since the beginning of the year, wheat and corn prices increased by 30%. Earlier, US Ambassador to the UN Linda Thomas-Greenfield in an interview with the BBC said that the issue of clearing mines in the Black Sea in order to create safe passages for ships was being discussed by Guterres within the framework of his initiative on returning Ukrainian grain and Russian fertilizers to global markets.