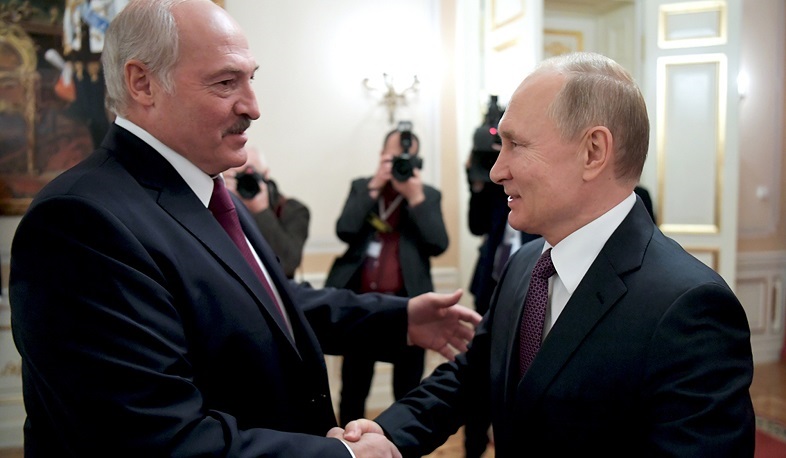 The Union State of Russia and Belarus is being strengthened without haste, with the parties weighing each and every step, Russian President Vladimir Putin said on Monday, TASS reports.

"We have been moving with calm and without any haste, as we agreed, so that every step we take could strengthen us outwards from within, so that it could enhance our political systems, creating conditions for their development as well as a fundamental and solid basis for economic development," the Russian leader said at a meeting with his Belarusian counterpart Alexander Lukashenko.

At the negotiations, Putin proposed discussing "processes to build the Union State further."

Putin also said he was happy to see Lukashenko again after the two leaders met in Moscow for a jubilee CSTO summit last week. "Welcome!" Putin told the Belarusian president.

The two countries have been working on integration for more than two decades, ever since they signed an agreement to form the Union State in 1999. In September 2021, Putin and Lukashenko agreed on 28 union programs. Last November, the two presidents approved the programs as well as a renewed military doctrine and a migration concept.

Putin made it pretty clear he took with a hefty dollop of humor the hackneyed speculations he was the mastermind and root cause of all economic misfortunes the West was experiencing these days.

"They (the Western countries) have obviously underestimated what has been happening to them. They’ve lived with the habit of trusting their mass media too much all along. In the end, they’ve got inflation and what not. Now they say that Putin is to blame. Putin is to blame for everything," Lukashenko said at a bilateral meeting with Putin on Monday.

"I’ll have a serious talk with him about that," Putin smiled in response.

Lukashenko thanked the collective West for "giving an impetus to our own development."

"We have a vast market, we have resources and we have technologies," he said.